Clint Eastwood has lived an amazing life filled with adventure, hard work, and purpose. This actor, director, producer, and musical composer has been a cultural icon for almost seven decades.

In the Beginning: Welcome, “Samson”

Born in San Francisco on May 31, 1930, Clinton Eastwood Jr. was the first child of Ruth and Clinton Eastwood Sr. He weighed in at 11lbs., 6oz. and was nicknamed “Samson” by the hospital nursing staff. Clint has a younger sister named Jeanne, born in 1934.

Clint and his family lived in Piedmont, California, where his father was a business executive, and his mother was a homemaker. When Clint and Jeanne got a little older, Ruth took a clerical job at IBM.

Clint struggled academically and in high school, he was expelled for pulling pranks, burning an effigy on the school lawn, and other misdeeds. He enrolled in a nearby Technical School, where he never did much schoolwork. To earn money, Clint took jobs as a paper carrier, lifeguard, grocery clerk, firefighter, and golf caddy.

In 1951, during the Korean War, Clint was drafted into the U.S. Army. He spent the duration of the war at Fort Ord, working as a lifeguard. 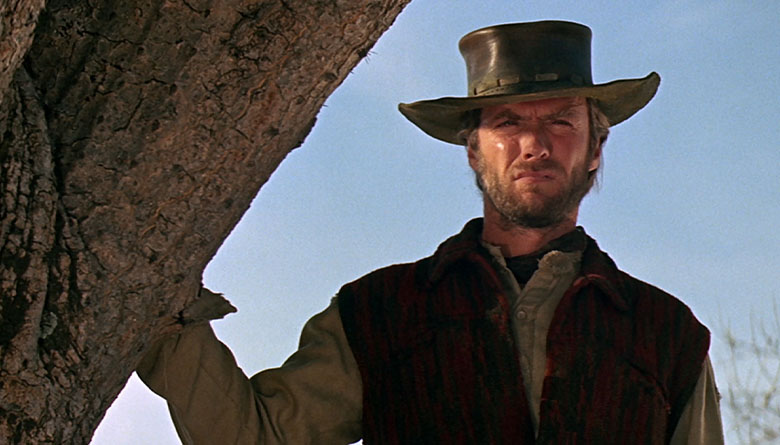 After his discharge from the Army in 1953, Clint went to Los Angeles and met up with Chuck Hill, an old Fort Ord buddy. Hill used his Hollywood contacts to get Clint an audition with Arthur Lubin.

At 6’4” tall and with his rugged good looks, Clint’s appearance was impressive…but his acting was not. Lubin suggested drama classes and offered Clint a contract worth $100 a week, which Clint gladly accepted.

In May 1954, Clint had his first real audition…and his first big rejection. Finally, he got a small part in the film, Revenge of the Creature. He continued to get small parts in movies for the next four years, but when his contract with Universal was cancelled in 1955, he struggled.

He switched agents a couple of times and got minor roles in Never Say Goodbye and Law Man (his very first Western). He played bit parts on television in Highway Patrol, The Reader’s Digest Series, and Death Valley Days. In 1958, he had a major role in Ambush at Cimmaron Pass, which Clint considered the low point of his career.

Just when it seemed that Clint’s big break would never come, he was cast as Rowdy Yates in Rawhide, the CBS hour-long Western. It was the career breakthrough he’d dreamed of; even though he didn’t love his character, he was happy to be working and directing trailers. When the series was cancelled 6 years later, Clint headed to Italy to act in Westerns. 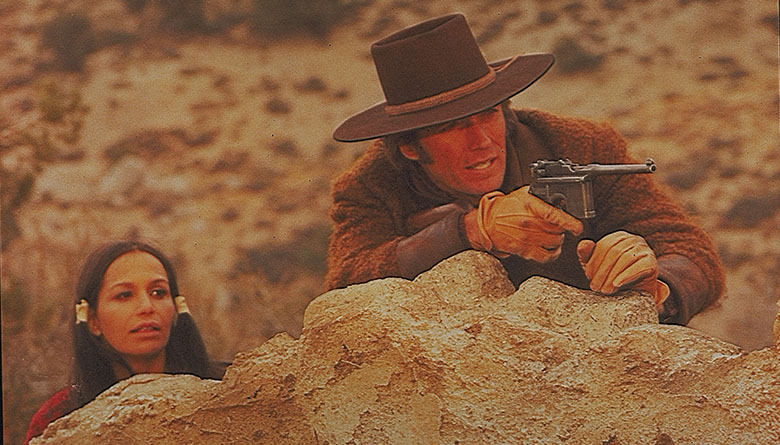 Those “spaghetti Westerns” featured Clint’s character, “The Man with No Name” in A Fistful of Dollars, For a Few Dollars More, and The Good, The Bad, and The Ugly. All three films were wildly successful and made Clint an international star.

When—those movies were released in the United States in 1967, Clint Eastwood became a household name in America. He started Malpaso Productions with his own money, and in 1968, he released Hang ‘Em High—which made him more popular than ever.

The 1970s dawned, and with it came some of Clint’s most unforgettable work as an actor, director, and producer. He starred with Shirley MacLaine in A Mule for Sister Sara; became a sensation as Dirty Harry in five box-office-breaking films; acted in and directed Play Misty for Me; starred in Joe Kidd and acted in and directed High Plains Drifter; and starred in The Outlaw Josey Wales, Every Which Way but Loose, and Escape from Alcatraz.

While some actors and directors might have disappeared long ago, Clint endured. In the decades to come, he acted in and directed films that were commercial and critical successes: Unforgiven, The Bridges of Madison County, In the Line of Fire, Space Cowboys, Mystic River, Million Dollar Baby, Flags of Our Fathers, Letters from Iwo Jima, Gran Torino, and Sully.

Also a talented musician, Clint composed film scores for Mystic River, Flags of Our Fathers, Grace Is Gone, J. Edgar, among others, plus original piano compositions for In the Line of Fire. 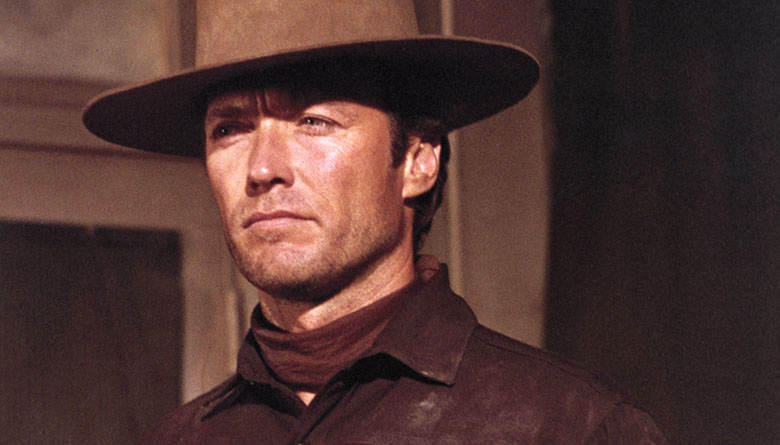 Clint Eastwood has been married twice and had a long-term relationship with actress Sondra Locke. He was and is a notorious ladies’ man, with 8 children, 3 grandchildren, and 3 great-grandchildren.

He’s a man of many talents and quirks. He enjoys politics, having served as Mayor of Carmel-By-The-Sea. As a businessman, he owns a hotel and restaurant. He plays golf, and holds a pilot’s license, and has been known to fly himself to acting jobs in his helicopter to avoid traffic.

Now 91 years old, Clint Eastwood is still spry and active, although a back issue made him lose a couple of inches off his once 6’4” frame (but he’s still Samson, after all). With five movies on the American Film Institute’s “100 Years…100 Movies” list (Dirty Harry, The Outlaw Josey Wales, Unforgiven, Million Dollar Baby, and Mystic River), Clint Eastwood’s stature in Hollywood is undeniable…and he’ll continue to impress new and old fans for generations to come.