Sixteen Fan Favorites, But Only One Can Take The Title!

Sixteen contenders entered the arena to face off in the INSP Fan Favorite Tournament. They fought hard for the right to remain in the game till the end. They used their wiles, their brawn, their doe-eyes, their wits and their brains to pull votes their way. But only one could move on in each round.

Round of 16 – The Competition Begins!

Pa Ingalls fought hard to reign victorious in a tight match against the ever-gracious John Walton.

In a stunning landslide win, Laura Ingalls trounced the snippy Nellie Oleson, who spared no trick or treachery to lure fans her way, but still she could not prevail.

Even Walker’s swift roundhouse kick couldn’t get him to the winner’s circle. Sully swept the votes with a few swings of his flowing locks.

Matlock and Harm were neck-and-neck, and when it came down to the wire, Harm squeaked to the finish line with a mere 13-vote advantage.

Grandpa Walton may be a fun-loving, Recipe-sipping prankster, but he showed no mercy for John-Boy when it came to steering fans his way, beating his grandson by well over 100 votes.

Dr. Quinn took on Mac, and fans rewarded the good doctor with a solid victory.

The Quarterfinals – No Holds Barred Competition!

In the battle between carefree, wild Trampas and sensitive, loner Heath Barkley, it seems the fans love the introspective type. Heath took the match with nearly double the votes!

As suave and charming as Harm is, Sully pulled out all the stops (and the locks), and sent the JAG back to court.

Grandpa Walton gave Dr. Quinn a taste of her own medicine, knocking her out of the competition, and securing a spot for himself in the Semifinals!

The Semifinals – All-Out Fight for Survival!

Pa Ingalls entered the next round with a twinkle in his eye and a swagger of confidence. Ingalls easily dispensed with Heath Barkley, as he racked up 1,701 votes, almost three times more than Barkley!

Sully was on a roll, but so was Grandpa Walton, and in this edge-of-your-seat match, it was do or die! Age before beauty, as they say, and when the clock ticked down to the final seconds, wisdom won, and Grandpa headed to the Championship Round!

The Championship Round – Do or Die!

Pa Ingalls vs. Grandpa Walton. They both brought their A-game to this tournament. They’re both dedicated family men, wise with a bit of a mischievous streak—but only one took home the championship title (and by a mere 259 votes)!

And your 2015 INSP Fan Favorite Tournament Champion is… #TeamGrandpa! Congratulations! 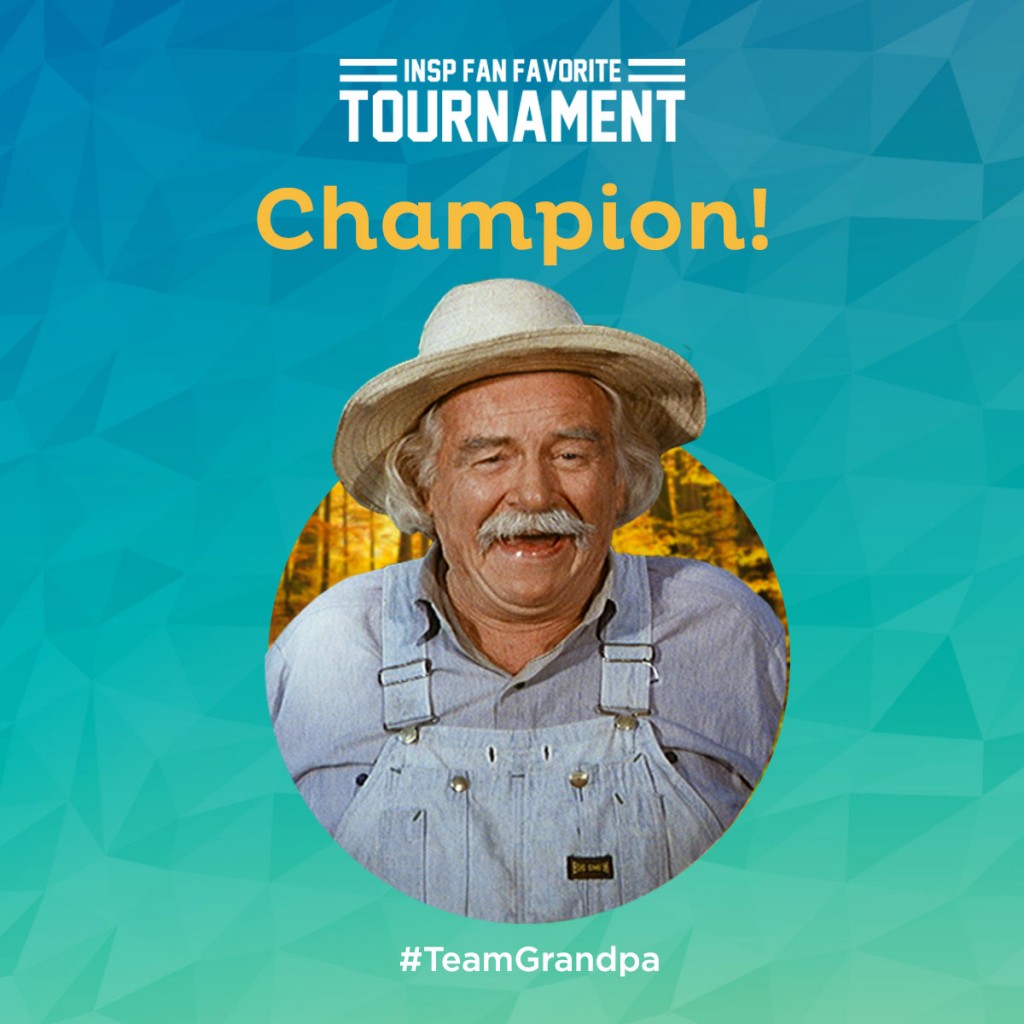