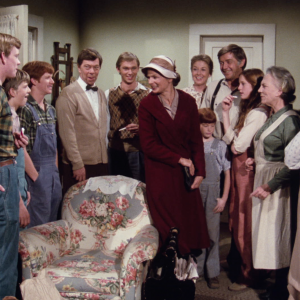 She had a flair for the dramatic, a real drama queen, but in the most positive light, in a most royal sense. In fact, upon hearing of the passing of her fellow cast member, Mary McDonough posted on Facebook, “I always called her Miss Claire because she was so Royal. She was funny and smart as a whip. Rest in peace Miss Claire.”

Ronnie Claire Edwards, best known for her role as Corabeth Walton Godsey, the cantankerous, somewhat domineering and demanding wife of General Store owner, Ike Godsey on the hit series, The Waltons, in real life was a force of nature. She often referred to her upbringing as “off center.” Born in Oklahoma on February 9, 1933 to a father who was an attorney and a mother who wrote stories for True Confessions magazine, Edwards grew up in a house that was often living quarters to more than a few offbeat family members and friends—an uncle, who was a doctor, but who would rather embroider table cloths, and his estranged wife, each living on separate floors, neither saying a word to the other. There was a poet in the attic and a judge who sat on the veranda sipping a patented medicine—perhaps his own version of “The Recipe!” 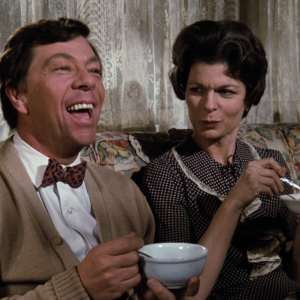 Edwards credited her unusual childhood for inspiring her interest in acting. There were French doors in the massive house of her youth, and she would make her entrance and give a performance. She went to operettas and rodeos with her grandmother, an ostentatious woman, who blew through the family’s acquired wealth buying expensive clothes, furs and jewelry.

Eventually, Edwards would find herself studying drama at the University of Oklahoma. She performed in everything from a traveling carnival show where she was strapped to a spinning wheel, the target of a knife thrower, the experiences from which she would draw on to write an award-winning solo show later in life, to stage productions in regional theater and on Broadway, to parts in movies and TV shows.

Then she was cast on The Waltons, in what was supposed to be the small, limited role of Corabeth, John Walton’s sensitive, but high-strung cousin visiting from Doe Hill. The character proved to be not only immensely popular but also a great catalyst for conflict and drama for the show’s writers. She blossomed as an actress. 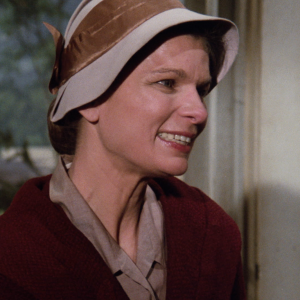 About her experience on The Waltons and her role as Corabeth, she has said it was “a rare and wonderful experience. Everybody loved to hate Corabeth. I always felt I had the best part, the best character in the show. People still remember, ‘No credit Mr. Godsey.’ I am very fond of Corabeth.”

Talking about Edwards, Earl Hamner, Jr. once said, “There are personalities so imbued with the magic of the theatre that they become ‘theatre’ themselves. The most ordinary event shared with them becomes extraordinary. Such people are risky to be around. They dare us to leave our mundane worlds and rise to the zestful heights of their own….It was true of Tallulah Bankhead, Noel Coward, Bette Davis, Lawrence Olivier and a few other stars. It is true today of certain rare individuals such as Ronnie Claire Edwards.”

After retiring from acting, Edwards moved to Dallas, bought an old church and renovated it for her home, keeping all of its previous grandeur. She surrounded herself with opulence and “drama” even in retirement.

Ronnie Claire Edwards passed away peacefully in her sleep on June 14, 2016. She was 83 years old.