An INSP original series narrated by Gary Sinise, Brush of Honor pays tribute to service members who made the ultimate sacrifice. Each episode, artist Phil Taylor paints a portrait of a fallen hero, leading up to a ceremony and the portrait’s reveal. Now, INSP Vice President of Original Programming, Craig Miller gives you a behind-the-scenes look at how this emotional and inspiring series came to be.

What was your role in the making of Brush of Honor?

As the VP of Original Programming for INSP, part of my job is to identify show concepts that we would like to develop for our network. A little over a year ago, a filmmaker named Brad Keller pitched us the concept of Brush of Honor with a short video presentation called a “sizzle reel.” We could see right away that this would make a great series for INSP. In fact, while were watching the sizzle reel, I snuck a sideways glance at Doug Butts, the Head of Programming, and he had tears in his eyes!

Once we decided to buy the concept, my role switched to chief cheerleader and problem solver. To produce the show, we contracted with Austin Street Productions, an independent production company based in New York City, and I worked with them to shape the format of the show, which turned out to be quite tricky. Brush of Honor is a deceptively difficult show to produce because we need to tell the stories of three people at the same time: the fallen service member, the painter, and the family member who is receiving the portrait. It’s a difficult challenge to give equal weight to all three in a half-hour show.

All of it worked out great on paper, but it was incredibly challenging in the edit bay. A documentary series like this may have as many as 50 source tapes for each finished half-hour episode, so my job was to help the production company decide which scenes to put in and which to leave out in a way that makes the story easy to follow.

Why did this project have personal meaning to you?

Let’s face it… there is a lot of junk on TV these days, so it’s a real pleasure to work for INSP, where we all get to work on programs that are meaningful and worthwhile. Brush of Honor, in particular, is meaningful on many levels. First, it honors the service and sacrifice of our nation’s veterans. Second, and just as importantly, it honors the service and sacrifice of veterans’ families. Finally, the show itself may contribute to the healing process that these families are going through.

In most cases, it is a giant hassle to have a television crew hang out in your home for a week and follow you everywhere, but we were amazed at how readily these Gold Star families welcomed us into their homes and lives, and how graciously they put up with all of the hassles. Without exception, they were genuinely thankful that we were honoring their loved ones by highlighting their service in a national television show. These heroes should never be forgotten, and just like Phil’s paintings, Brush of Honor helps their presence live on. 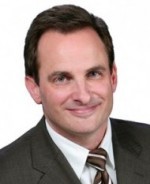 As Vice President of Original Programming for INSP, Craig Miller oversees the development, launch, and production of the network’s unscripted programming. Prior to his television career, Craig was a graphic artist and account executive in the advertising industry.