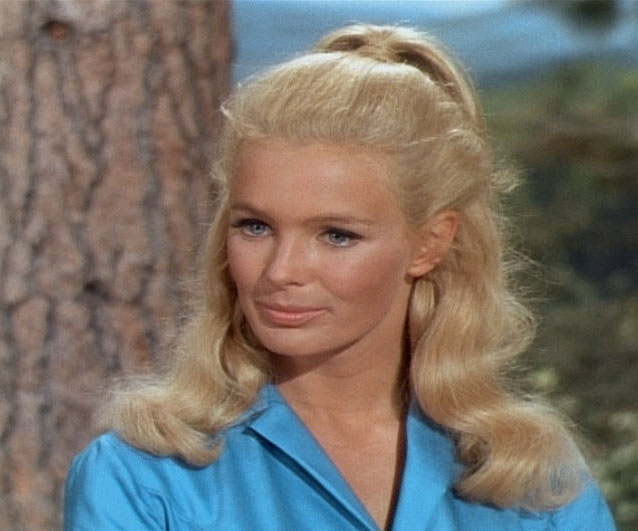 Audra Barkley could out-ride any cowboy, yet dazzle them with her beauty and charm! As the only daughter of Victoria Barkley on The Big Valley, Audra had some mighty boots to fill to prove herself, and Linda Evans did her justice, portraying the character with spunk, smarts and sophistication!

Now, the ever-elegant Evans speaks from the heart and reveals some fun and fascinating facts about herself in this INSP Exclusive!

I love pizza so much, that if you wake me up in the middle of the night and ask me if I’d like to eat a slice, I’ll say YES. Kenny Rogers used to have it delivered to me while I was filming The Gambler.

2. Dancing with a True Star

I got to dance with Fred Astaire when I tried out for a part as his daughter in a TV show he was doing.

I played with dolls until I was fifteen, designing dresses and spending hours fitting them. Whatever else was going on in our house, I was in my own world creating. Many years later when I starred in Dynasty, the wardrobe fittings were so extensive, rich and lavish that I felt like I had become the doll.

4. Drastic Measures for a Hairdo

At sixteen, I was getting ready for an audition and our hair dryer broke. I was so desperate to do my hair that I poked my head in the oven wearing curlers, but they started melting! Needless to say, I never tried that again.

My Drama teacher at Hollywood High School never let me go to the advanced acting classes because he thought I was too shy.

6. Dressed by the Best

During The Big Valley, Barbara Stanwyck couldn’t stand the way John Derek dressed me in his handmade animal skins. She would invite me to dinner at her house, we’d drink champagne, and then she piled gorgeous designer clothes in her arms from her closet and made me take them home. She wanted the best for me, elegance and all. She was truly a second mother for me.

I had a cat that was so beautiful, her picture was published on calendars. She was a gorgeous Himalayan named, “She.” The money made from publishing her picture was given to causes that care for cats.

After I left my husband, Stan, I was determined to work and be independent. When the first season of Dynasty ended, we didn’t know if there would be another. I was in Australia, filming an episode of the Love Boat when I received a telegram that Dynasty was picked up for another season – I was so overjoyed I burst into tears! Everyone thought I received bad news. I told them there wasn’t a problem – this was everything!

My oldest, dearest, wildest friend on earth, Bunky Young, was driving home with me after a day of filming Dynasty. It was John Forsythe’s birthday and he happened to be driving next to us on Hollywood Boulevard. At a stop light, Bunky lifted her shirt and flashed an unsuspecting John. When the light turned green, we looked back in the rearview mirror to see John still at the intersection, just stalled and stunned, as we drove on. He later called to say thank-you to Bunky (in hushed tones).

During Dynasty I survived a plane crash. It flipped upside down on the runway and I crawled out of it without a scratch.

When I was young I had a passion for numerology, I would ask everyone I met what their birthday was. It was fascinating to me that you could know so much about someone from their name and birthdate. I’ve always explored ways to understand the human condition and numerology has been a brilliant tool that has given me greater insight and meaning in my life.

When I moved from Beverly Hills to Washington State, Dolly Parton rented my house for nine years. Dolly is a legend, known for her kindness and authenticity – I could not have found anyone more responsible and appreciative to be there with my antiques and treasures. She also left the house in better condition and more beautiful than when she got there.

I walk fast naturally and I have always been asked to slow down when I’ve walked with my boyfriends and friends. I’m just built to walk fast – like a horse on a race track. I don’t even think about it.

I’m a salt-a-holic. George Hamilton, during Dynasty, said he was going to give me a salt lick for Christmas.

I have over 800 silk wired ribbons and I love to give presents with big beautiful bows for Christmas and birthdays. When people receive gifts wrapped in so much beauty and care, designed just for them, they feel an exquisite joy and sweetness that comes from feeling loved and thought of. It is greater than the gift itself.