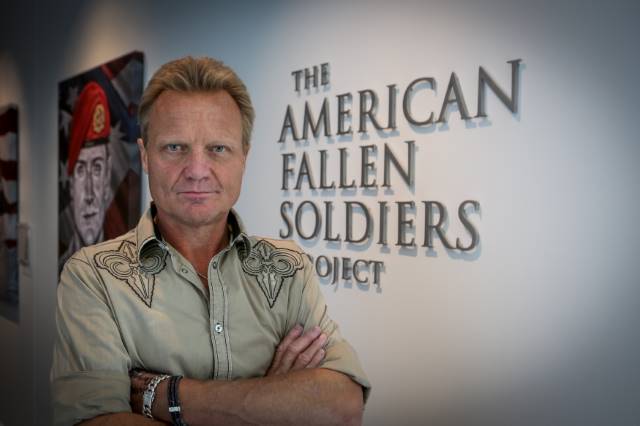 Phil Taylor’s ability to draw and paint was recognized at an early age and was developed throughout his life while working on large-scale murals, graphic design, and portraiture. The combination of artistic influences and self-development ultimately resulted in Phil’s unique portraiture style of black and white tones with color accents.

Founding The American Fallen Soldiers Project in 2007, Phil and his wife Lisa bring comfort to Gold Star families by providing an original portrait of their loved one. Each portrait is gifted to the families in a public ceremony to honor the fallen, their family and to remind those in attendance of the sacrifices made to protect our freedoms. 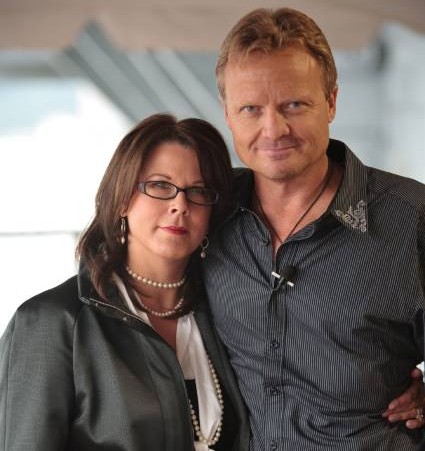 Artist Phil Taylor discovered his calling to serve Gold Star families through the tragic, yet heroic, loss of a childhood friend who was serving in Iraq in 2006. While at the funeral, Phil was inspired by the words used to describe his friend, Army Captain Blake Russell. His strong desire to comfort the Russell family only grew over the following weeks and months until Phil asked if he could provide the family a portrait of Blake.

Upon seeing the finished portrait, and through tears of gratitude, Mr. Russell said, “I feel like you’ve brought him home to me.” This unexpected reaction from Blake’s father changed Phil’s life forever. From that moment, both Phil and Lisa knew they had to continue sharing this gift with as many families as possible…and so began their journey.

Phil and Lisa founded The American Fallen Soldiers Project in 2007 to help provide comfort and healing to the grieving families of America’s fallen military. The 501c3 non-profit organization makes available at no cost to the family an original portrait of their fallen loved one that fully captures their appearance and personality.