Cynical Texas Marshal, Guthrie McCabe takes a job to find several settlers who have been longtime captives of the Comanche Indians. He’s making a hefty sum, but it may be more than he bargained for.

Mild-mannered, sweet-natured Jimmy Stewart as a corrupt, mean-spirited, unethical Texas Ranger? Could it be? Yes, and it goes to show what an incredible actor he was.

Guthrie McCabe is the Marshal in Tascosa, Texas, and he’s got it good. His girlfriend, Belle Aragon runs the saloon, and Guthrie, as her business partner, gets a lucrative 10% of the profits. But that’s not the only business Guthrie has his hands in. It’s well-known he’s skimming a percentage of every business in town and is not above making money any way he can, even by questionable means. As far as he’s concerned, his life is comfortable and fine just the way it is. But, Belle has had enough of being strung along. She’s thinking a shiny gold band would look lovely on her left hand, and she’s been pressuring Guthrie to take that walk down the aisle. Needless to say, he’s not biting.

When Army Major Fraser can no longer avoid the demands of a group of settlers whose relatives were captured by Comanches several years ago, he reaches out to Guthrie to find them, and bring them back to their loved ones. It would take a lot to get Guthrie to take on such a perilous job, but Major Fraser is persistent, and when he offers to pay, the offer gets Guthrie’s attention. He negotiates quite a profitable deal, and being of dubious morals, he manages to secure payment from some of the family members, including the wealthy Henry J. Wringle. Wringle offers Guthrie $1,000 to bring back any boy, even if it’s not his stepson, as he doesn’t have the time to go searching for his wife’s son. 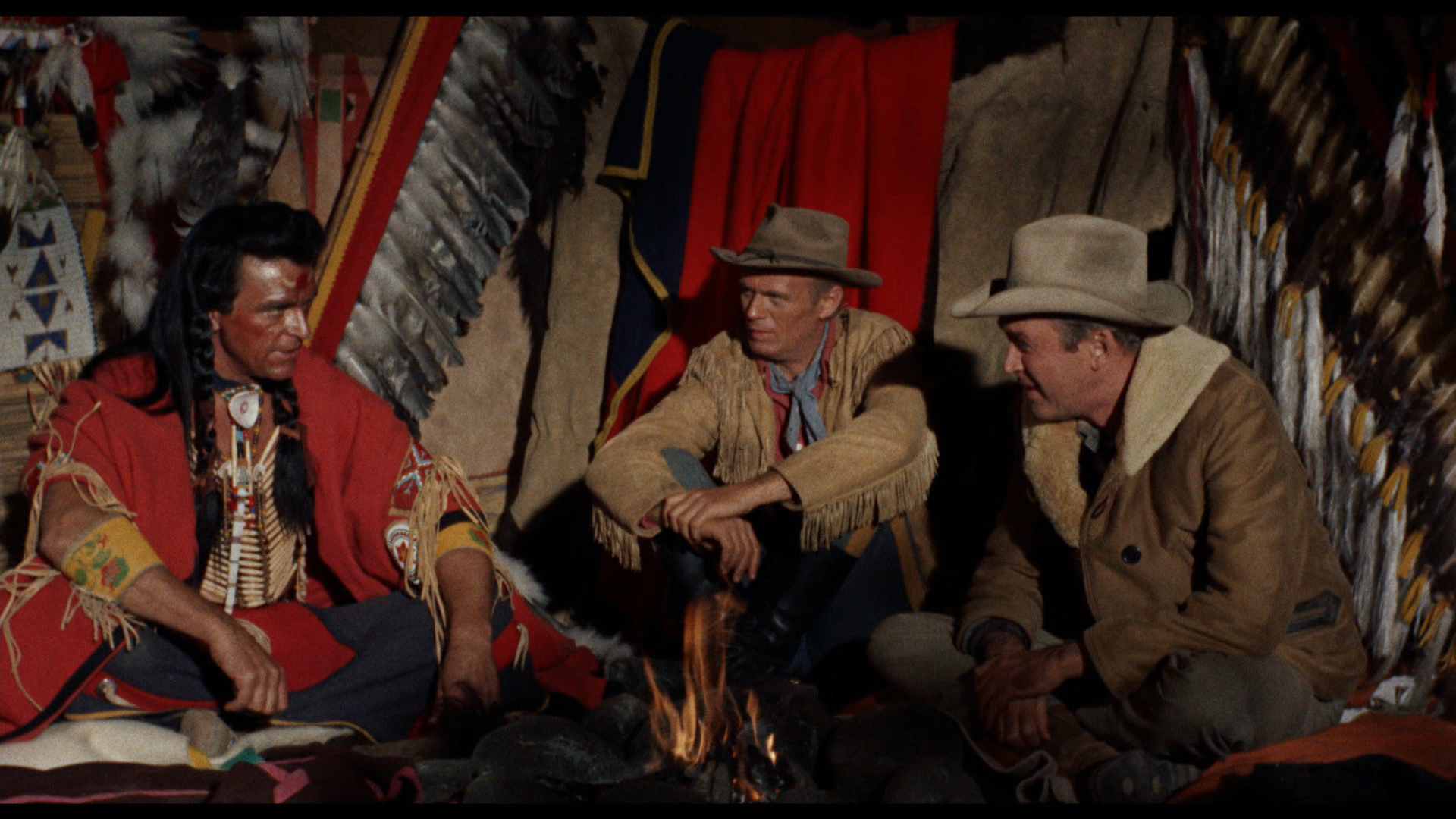 Guthrie travels with his friend, Lt. Jim Gary who has grown quite fond of a grieving young woman, Marty Purcell. The Comanches took her brother Steve at the age of 8. He would be 17 now, and Guthrie warns her, even if he can bring the boy back, Steve won’t be the same; he won’t even remember her.

When they get to Comanche land, Guthrie negotiates with Chief Quanah Parker. They find four captives in the camp, but not all want to return to their former lives. One young woman is married with children, and has embraced the Indian life. The other is an old woman who considers herself “dead,” and chooses to stay. Mexican aristocrat, Elena de la Madriaga, now wife to Stone Calf, leader of the Buffalo Shields, agrees to leave, and though teen warrior Running Wolf makes it clear he hates white people, the Comanches accept ransom for his release, as well. Guthrie hopes the boy will be accepted as Wringle’s stepson, but he is wild.

Now they’re on their way back to the fort, and Stone Calf is in pursuit to reclaim his woman, and soon a heartbreaking tragedy will change Guthrie’s life forever.