Robert Mitchum and Marilyn Monroe star in this thrilling Western! When a father, son, and young woman are stranded in the wilderness with no horse or weapon, they must work together—or die trying!

In 1875, a young widower named Matt Calder is released from prison. He served time for killing a man while defending another, and now he’s searching for his nine-year-old son, Mark. He finds him in the boomtown tent city where Matt arranged to have him sent, but learns the child had been abandoned there by the man who was supposed to watch over him. During the time Matt was in jail, a dance hall singer named Kay had been caring for young Mark, instead.

After Matt and Mark are reunited, they leave the tent city and head downriver to their new homestead. Meanwhile, Kay’s fiancé Harry tells her they must hurry to the nearest town to register a mining claim he won in a recent poker game. 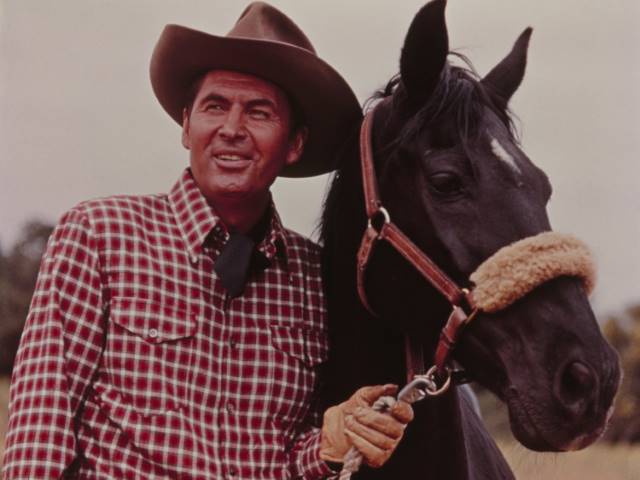 he pair heads downriver on a log raft, but when they lose control of it in the roaring rapids near the Calder homestead, Matt and Mark rescue them.

Harry explains that he’s happy to buy Matt’s horse and his rifle so he can head to Council City well provisioned. But when Matt refuses—since he cannot be without his horse or his gun in the wilderness—Harry knocks him unconscious and steals both. Then, he leaves without taking Kay with him.

Harry’s selfishness and thoughtlessness leave Matt, Mark, and Kay in terrible danger. There are Indians in the area who could attack at any minute…wild animals on the prowl…and strangers with bad intentions that they cannot flee from nor fight off. Soon, they realize that their only hope is to escape imminent danger by going down the river on Harry’s abandoned raft.

They set off on the perilous journey on an unforgiving river. If by some miracle they don’t drown, there’s no telling what dangers lurk in the vast wilderness beyond the riverbank and on the road to Council City.

It will take courage, bravery, resourcefulness, and teamwork to survive. But with tempers flaring and mutual respect eroding, will they work together—or perish?