You have to admire the dad who beams with delight when he opens a box containing yet another tacky tie or sweet-smelling cologne, the dad who displays that Popsicle picture frame at work with pride for every colleague and client to see.

We love our INSP dads, too—from the pillars of their communities to those who struggle to be the best they can be. Here’s our tribute to all dads by showcasing some of our TV dads. 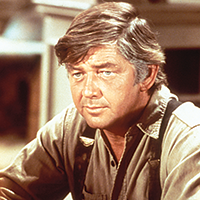 He may be gruff at times, but John Walton is devoted to his kids and will do anything for his family. He never got the chance to further his education, so he wants to make sure his children fulfill their dreams. 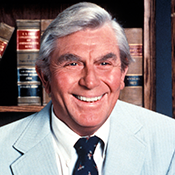 Like dad, like daughter! Or possibly daughters! Both Charlene Matlock and Leanne MacIntyre, both lawyers, work in Ben’s firm at different times, before leaving to start their own practices. Clearly, Matlock is a fine role model for his girls, especially Leanne, who uses many of his techniques in court! 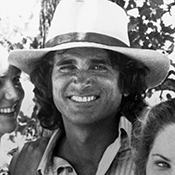 “Pa” dotes on his girls, and though his only son died, he is compassionate and giving enough to adopt two boys and a girl who needed a family, loving them as his own. 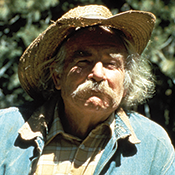 As the family elder, Grandpa Walton is the source of all wisdom and mischief! With his easygoing style, lively and loving personality, he often gathers the grandkids for life lessons and grandfatherly advice.

The patriarch of the Cartwright family is a God-fearing, determined, hard-working man. A former sailor, he’s no stranger to discipline and sticking to the rules. It’s no surprise he instills in his sons righteous values, bringing his boys up to be honest, forthright and respectful men. That said, a little fistfight now and then—in the name of justice—is just fine by him. 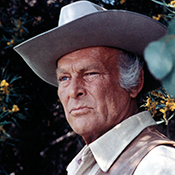 Big John is not likely to win any Father of the Year awards! He and son, Blue, are often at odds. Though John rarely lets his emotions show, deep down he loves his son. Blue is more the artistic type, while John is tough and authoritative. But, Blue and his father have more in common than either would admit. They are both independent, proud, willing to stand for what they believe in. 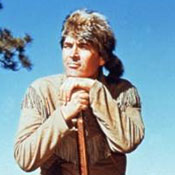 He may not be around the house a lot, given his propensity for trailblazing, leading expeditions and hunting for days on end, but how many kids can say their father founded a town and had it named after them, or a father that faced down a bear (or two or three) and won, and a father who prevented an assassination plot on George Washington? A defender of freedom and justice, Daniel is a role model for his son, Israel. Deep down, he’s is a real family man who would do anything to keep his loved ones from harm, but this larger-than-life frontier hero also has a soft side, as on one occasion, it was not beneath him to play matchmaker.

Did we forget your “Top Pop?” Head on over to Facebook to let us know your favorite INSP dad!