A disinterested high school teacher turns to MMA fighting to raise money for his school's music program. His journey to become a fighter sparks something inside of him that he thought he'd lost.

Former “Teacher of the Year,” Scott Voss has lost his passion for teaching since he received the award ten years ago. He gets through each day by doing the bare minimum and following his own set of rules. Besides having a soft spot for the quirky music teacher, Marty Streb, and his blatant crush on the school nurse, Bella Flores, he tries his best to be as little involved as possible with his job.

But when budget cuts threaten to take away the music program and Marty’s job, Scott steps up and offers to raise enough money to stop it from happening, much to his own surprise. Unsure on how exactly to raise the money, and feeling the pressure to impress Bella and pull this off, he decides to sign up to teach a citizenship class in the evenings. 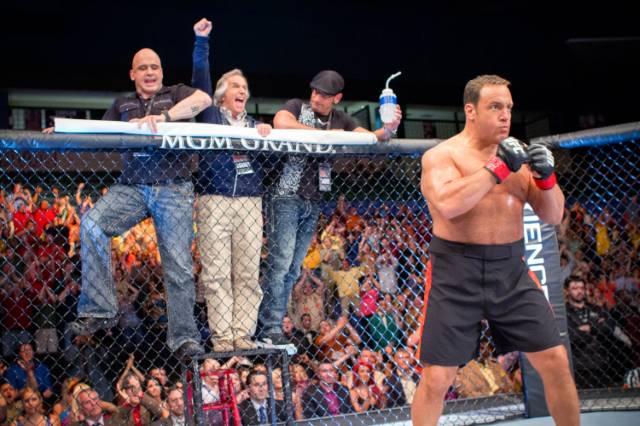 The class doesn’t pay much, but Scott connects with Niko, a student in the course that is eager to learn English. As Scott starts tutoring Niko outside of class, he learns that Niko is an MMA trainer and that fighters can earn a lot of money if they win. Having wrestled in college, Scott decides that fighting is his only option to raise enough money in time. He convinces Niko to train him in trade for English lessons, and Niko agrees.

With the support of Marty and Niko, Scott begins his training. When his first fight ends in a knockout, he quickly realizes he has a lot to learn. Bruised and battered, Scott turns to Bella to help him with his injuries, and they grow closer. All the effort he makes for the school reminds Scott why he loved teaching in the first place. He starts connecting with students and begins teaching from the heart again.

With a few losses under his belt, Scott finally wins his first match, and the wins keep coming after that. He starts gaining recognition in the MMA world and with his students. All the attention lands Scott a sanctioned UFC fight in Las Vegas, with a big paycheck whether or not he wins or loses. But as Scott prepares for the fight, he receives some unexpected news that raises the stakes. Now, saving the music program and Marty’s job all comes down to winning the match.

Clark Gable – The “King” of Hollywood

There was something about Clark Gable that made adoring fans swoon. Known as brutally masculine, even critics called him “a... READ MORE