Welcome Audrey Hepburn and Burt Lancaster to INSP! They star along with INSP fan favorites Audie Murphy, and Doug McClure!

First time for Audrey Hepburn and Burt Lancaster appearing on INSP! They star along with INSP fan favorites Audie Murphy, and Doug McClure! 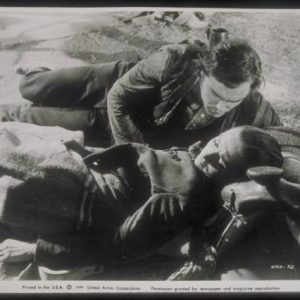 On the Texas frontier, most ranchers harbor deep hatred for Indians. The Zachary family is no different. After making many moves over the years, they’ve finally settled, raising cattle, living with some degree of security. They are liked and well-respected among their neighbors. Will Zachary, husband of Mattilda was killed by Kiowa Indians in a skirmish in years past, leaving eldest son Ben as the head of the household to provide for his mother and now grown, adopted sister, Rachel, and be a role model for brothers Cash and Andy.

Their closest neighbors, Zeb Rawlins and his family are also their closest friends. In fact, shy Charlie Rawlins, Zeb’s son, is sweet on Rachel, and dreams of marrying her. She returns his affections. 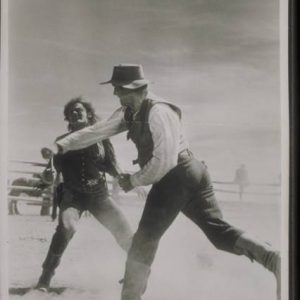 Just as the community of ranchers is preparing to drive the herd of cattle to Wichita for sale, Abe Kingsley, a seemingly eccentric old man rides into their midst, proclaiming Rachel is a full-blooded Kiowa. Mattilda vehemently denies this accusation, but Abe persists, saying Will found the infant, the only survivor of a retaliatory raid on the Kiowa, and brought her home to console Mattilda after the loss of their baby girl. Though Mattilda continues to object to Abe’s rants as lies, the Zachary’s friends and neighbors begin to view Rachel differently, and, though they have no proof, slowly the family is ostracized.

The ranchers aren’t the only ones to get wind of Abe’s vindictive tirades. Lost Bird and his small band of Kiowa arrive at the Zachary ranch. He proposes to trade horses for the return of Rachel, whom he believes to be his sister. Ben refuses.

Now, they are completely shunned by their friends and neighbors, the Kiowa are gathering forces to wreak vengeance, and the younger Zachary boys, struggling with their hatred of Indians, are torn apart at news of their beloved sister’s true identity. The biggest battle is building, and it’s all in Rachel’s hands to determine who comes out alive.