Stars Audie Murphy! Banner Cole is a gunslinger and loner. So why did he agree to lead an inexperienced posse on the trail to capture a gang of murderers? Will they help him…or be the death of him?

In 1880, four death row escapees come looking for trouble in the town of Paradise. They enter the Rosebud Saloon, shoot the town marshal, Isaac Webb, kidnap young Helen Caldwell, and take 10 men hostage (killing some just to make sure they’re not outnumbered) and rob the bank of over eleven thousand dollars. 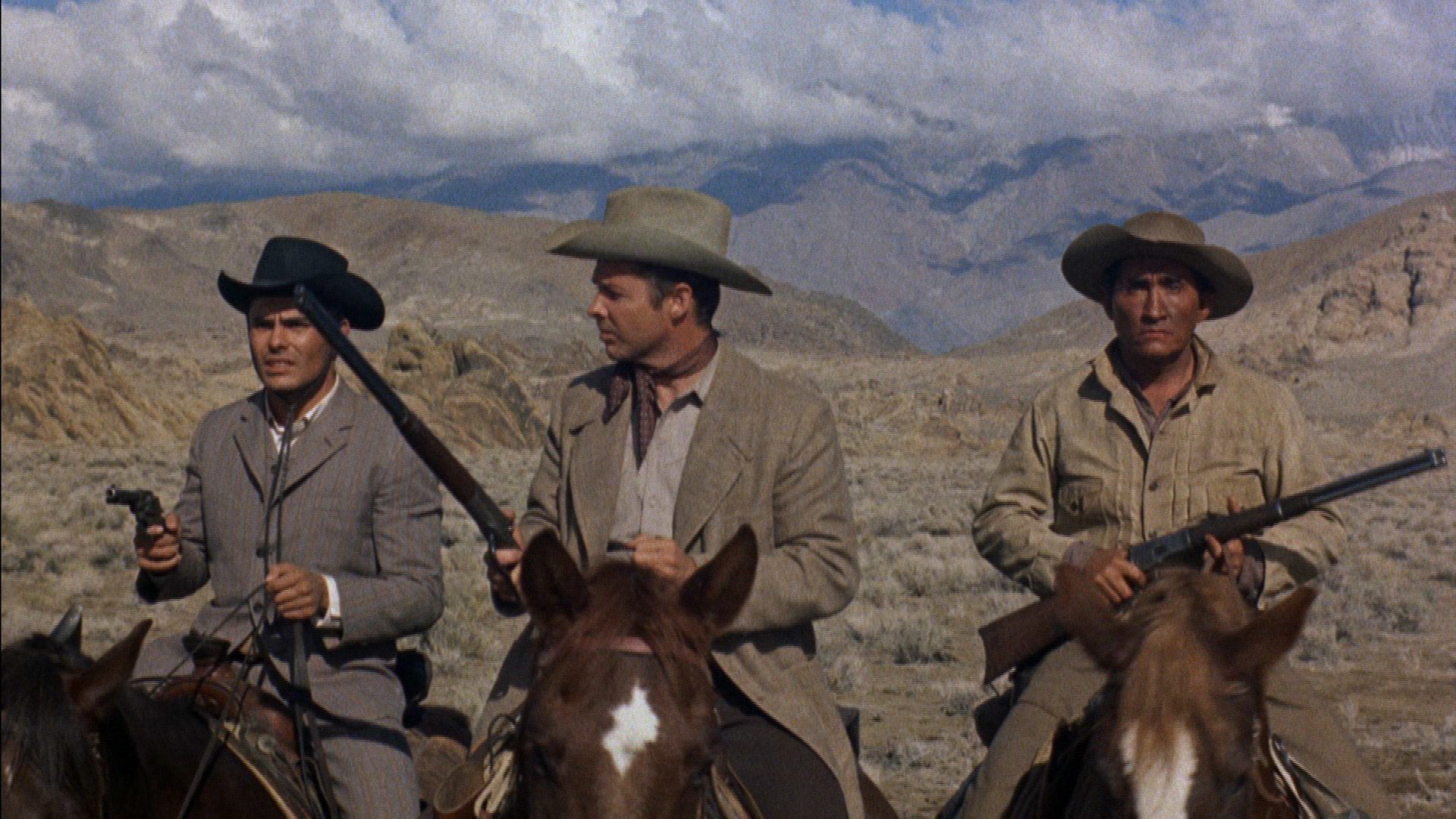 Just then, Marshal Webb’s old friend, gunslinger Banner Cole, comes to town. Webb had sent for him to make him his deputy, and following Webb’s last wishes, Cole becomes deputized and leads a posse to bring these murderers to justice.

The men in town gather, but excitement wanes when the most able-bodied among them decide not to join up. This leaves Cole with just a few men to help: Captain Jermiah Brown, a washed-up ex-cavalry officer; Jock Wiley, a young but inexperienced trick-shooter; Helen’s Uncle Billy; Burt Hogan, whose brother was one of the hostages killed; Seymour Kern, a young banker who is new in town and can barely ride a horse or shoot a gun; and Johnny Caddo, an American Indian and blacksmith who steps forward because he believes this is something “a man should do.”

Banner Cole is frustrated. He’d rather ride out alone and kill all four criminals singlehanded than take his chances with this sorry lot. He suspects that his “posse” is just a group of big talking men that will get themselves—and possibly him—killed because of their inexperience.

Despite misgivings, Cole and his men head out. Along the trail, they discover an abused Helen, tied up and left to die with a rattlesnake by her side. Cole quickly dispatches the rattlesnake and sends Uncle Billy and Helen to back to Paradise.

Cole is surprised to find himself impressed by Seymour’s determination and Caddo’s courage. But then, he also sees signs of rashness, foolishness, and deadly stupidity from other members of his posse.

Soon enough, the bullets begin to fly, and the inexperience of his men proves deadly. And now, Cole realizes that the killers are headed back to Paradise to cause more murder and mayhem.

But not if Cole finds them first….