Union officer Lt. Frank Hewitt learns of an impending Indian attack, so he deserts his unit and returns to Texas. He quickly discovers that most of the men are fighting for the Confederacy—and now he must train women to fight Comanches on the warpath.

Audie Murphy, Kathryn Grant, Jeanette Nolan, and Hope Emerson star! Coming off the success of his autobiographical film, To Hell and Back, Audie Murphy provides another rousing performance in this film that combines his two best genres: the rugged Western and the courageous War movie.

In 1864, U.S. Cavalryman Lt. Frank Hewitt learns of a plan to massacre an innocent Indian tribe. Unwilling to go along—and aware that this will incite other tribes to attack defenseless settlers—Hewitt deserts the Union and heads back to Texas. 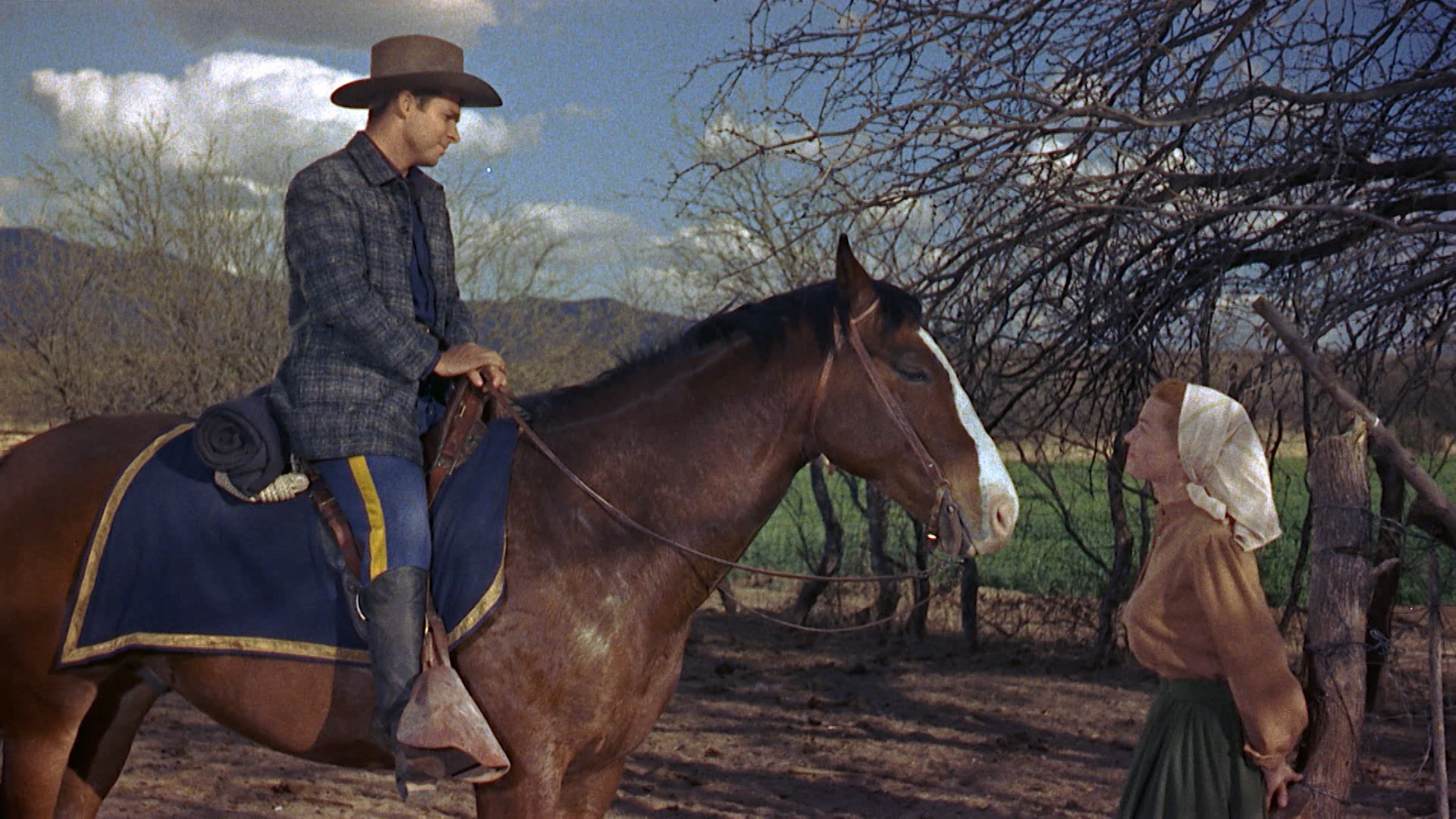 There isn’t exactly a welcome committee waiting for him when he arrives. Most everyone that Lt. Hewett meets in his old hometown considers him a traitor due to his enlistment in the Union army. Whether they openly despise him or just plain ignore him, Hewitt cannot get anyone to believe that they are in mortal danger.

It’s not until Lt. Hewitt brings incontrovertible proof that the Comanches are on the warpath that everyone starts to trust his word. But since so many men are off fighting for the Confederacy, Hewitt turns to the women to build his brigade.

This ragtag gang moves into an abandoned mission where they wait for the dreaded attack. Armed and given military ranks, the women dedicate themselves to learning how to shoot straight and fight just as hard as any man.

When the last remaining man deserts the mission to save his own scalp, Hewitt realizes the truly desperate nature of their situation. With scavengers circling and attacking Comanches thundering towards them, the entire enterprise seems doomed.

These female recruits will never back down – and neither will Lt. Frank Hewitt. But the question is: will all the Guns of Fort Petticoat be enough to save them?