Gunslinger, Reb Kittridge, has no qualms about making his living with a finger on the trigger. But there’s more to Kittridge than meets the eye. While his reputation is one of notoriety, he’s not opposed to completing an “assignment” through negotiation. Now, ruthless Montana landowner, Matt Telford, offers to hire Kittridge to lean on rancher, Dan Saxon, to intimidate him into abandoning his land, so that Telford can take over. Telford’s instructions are clear: if Saxon doesn’t yield to “persuasion,” a bullet should do the trick, but Kittridge is not quick to take the job. 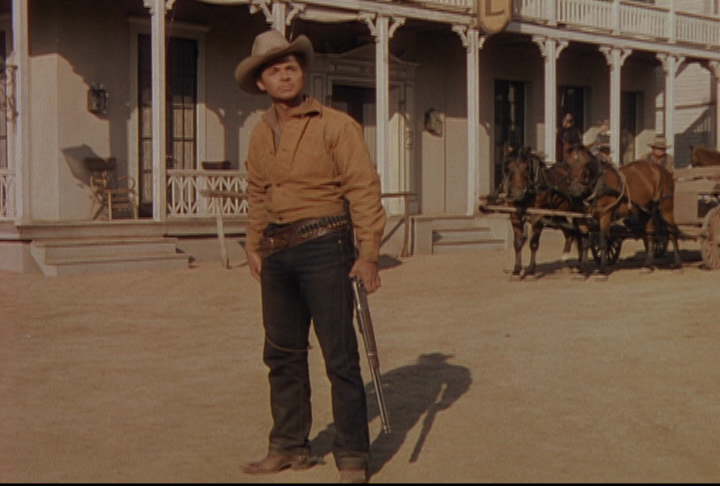 Unlike many of his jobs, this one becomes complicated for Kittridge. Not only does he get to know, and like, Saxon, but a spark of romance ignites when Kittridge meets Saxon’s spirited and beautiful daughter, Rita.

When Kittridge finds out Telford has been dirty dealing him, he intends to renegotiate the terms of his employment, but before he reaches Telford, Saxon and Kittridge place a wager. Now the tables have turned, and Kittridge is the proud owner of Saxon’s ranch—lock, stock and, barrel. But Saxon was willing to bet the farm for a reason. As Kittridge is about to find out, the business is deeply in the red. He could, easily, unload the land on Telford, but he’s determined to defend what’s now his. With that decision, he makes a formidable enemy of Telford. The evil landowner puts a hefty price on Kittridge’s head and will do anything to stop the cattle drive that is Kittridge’s only hope of saving the ranch, and his only chance at settling down to a normal life with Rita.