“This INSP series about three Alabama cowboy ranchers is an unassuming and unexpected charmer…Contrasted by obviously staged ‘reality’ shows, the naturalness of the trio and their families is striking, and the day-to-day struggles of their work is educational and highly entertaining.” – True West Magazine 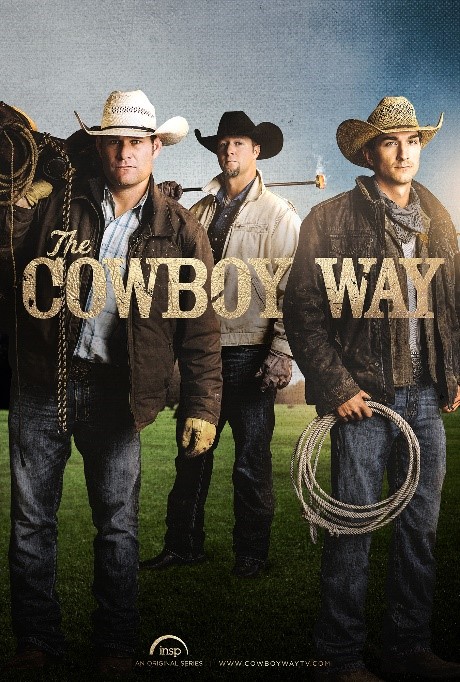 (Indian Land, SC – August 29, 2019) – General-entertainment network INSP has greenlit a 7th season of its award winning hit series, The Cowboy Way.  The announcement was made by Doug Butts, INSP’s SVP of Programming, and comes before even the premiere of Season 6.

“This is such a fun and exciting series, it was a no-brainer,” said Butts. “Cody, Booger and Bubba are self-reliant true cowboy entrepreneurs with a love for adventure.  So rather than keep loyal fans in suspense, we wanted to announce a 7th season, which will feature 12 new episodes. From riding, roping, true horsemanship and cattle drives, to business ventures, balancing romance and family life, they bring it all!”

In addition to being a fan-favorite, ratings for The Cowboy Way continue to demonstrate audience growth while retaining current viewers.  And with the addition of the series to Amazon Prime Video, new fans can catch up on the series any place, anytime.

INSP’s original series The Cowboy Way documents the adventures of three modern-day cowboys: Bubba Thompson, rancher and expert carpenter; Cody Harris, rodeo champion and cattle dealer; and Chris “Booger” Brown, expert cattleman and horse trainer, as they build their cattle business in South Alabama.  They are driven by a cowboy code that is as important to them as it was to the pioneers of the Old West.  Their days may not be easy, but they make a strong case that they are better.

Season 7 of The Cowboy Way, which films this fall, will be produced for INSP by Glassman Media.  It is scheduled to premiere in the spring of 2020.  The season will be comprised of 12 episodes, and with the 9 new episodes that will be a part of season 6, fans will get 21 consecutive new episodes of the series next year.