A special 50th anniversary airing! The pilot movie that launched the series, The Waltons! It’s the Christmas season, 1933. Times are hard, and John Sr. must travel 50 miles from home to find work. The family eagerly awaits his return, but it’s Christmas Eve, and he still hasn’t come home. Now, a young John-Boy sets out to find his father.

The pilot movie that became the beloved series, The Waltons! Though much of the adult cast changed when the series took to the airwaves, all of the children, who star in the series, including Richard Thomas, are in this movie. Patricia Neal plays Olivia Walton; Edgar Bergan is Grandpa Walton; Andrew Duggan plays John Walton. Ellen Corby debuts her role as feisty Grandma Walton, and we meet, for the first time, many INSP fan-favorite characters we later grow to love in the series, including the Baldwin sisters!

It’s the Christmas season of 1933 and the hard times of The Great Depression have hit Walton Mountain. The family sawmill is shut down for lack of business, and in order to survive, John Walton, Sr. must leave home and travel more than 50 miles to find work. As the family prepares for the holidays, they can’t wait to be reunited with him. 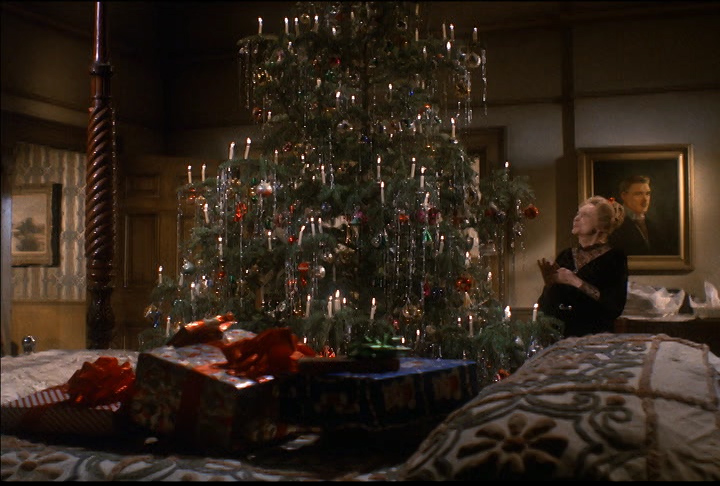 In the meantime, leading up to the big day, life goes on. Mary Ellen tells her younger siblings the legend of Christmas Eve, when, at midnight, it’s said that all the animals are able to speak. They make plans to stake out the barn and hear the chatter for themselves.

A missionary gives out broken toys to the impoverished children on the mountain. Elizabeth gets a cracked baby doll, and learns a memorable lesson about charity.

And at 15, John-Boy harbors a secret that he can’t tell his family. He wants to go to college someday to be a writer, but he knows they’d never be able to afford tuition, and may not even approve of such plans. In fact, he’s already started writing down his thoughts, hopes, dreams, and the abiding moments that bring his loving family to life, but he keeps his writing close to the vest, and is sure no one knows about it.

Now, it’s Christmas Eve, and still there is no sign of John Sr. coming home. On a radio broadcast, Olivia hears of a blizzard and a train wreck in the vicinity of where John is coming from. She fears this would delay his return, or worse, that he was a passenger on the train, that he’s injured or dead. Thinking John would be stranded on the side of the road, Olivia sends John-Boy out, on the day before Christmas, to search for his father.