Dr. Richard Kimmel has been convicted of murdering his wife and he’s sentenced to death. But after his prison bus crashes, he escapes and sets out to find the real killer – even though he’s the target of a nationwide manhunt!

Harrison Ford and Tommy Lee Jones star in this taut thriller that is full of action, suspense, and surprises.

Dr. Richard Kimble, a well-known vascular surgeon, returns home from work one night to find that his wife has been brutally murdered. The killer, a one-armed man, manages to escape before the police arrive on the scene.

Dr. Kimble tries to tell the police about the one-armed man, but because his fingerprints are on the murder weapon – and Kimble stands to inherit a lot of money now that his  wife is gone – the police wrongfully accuse him of the crime! 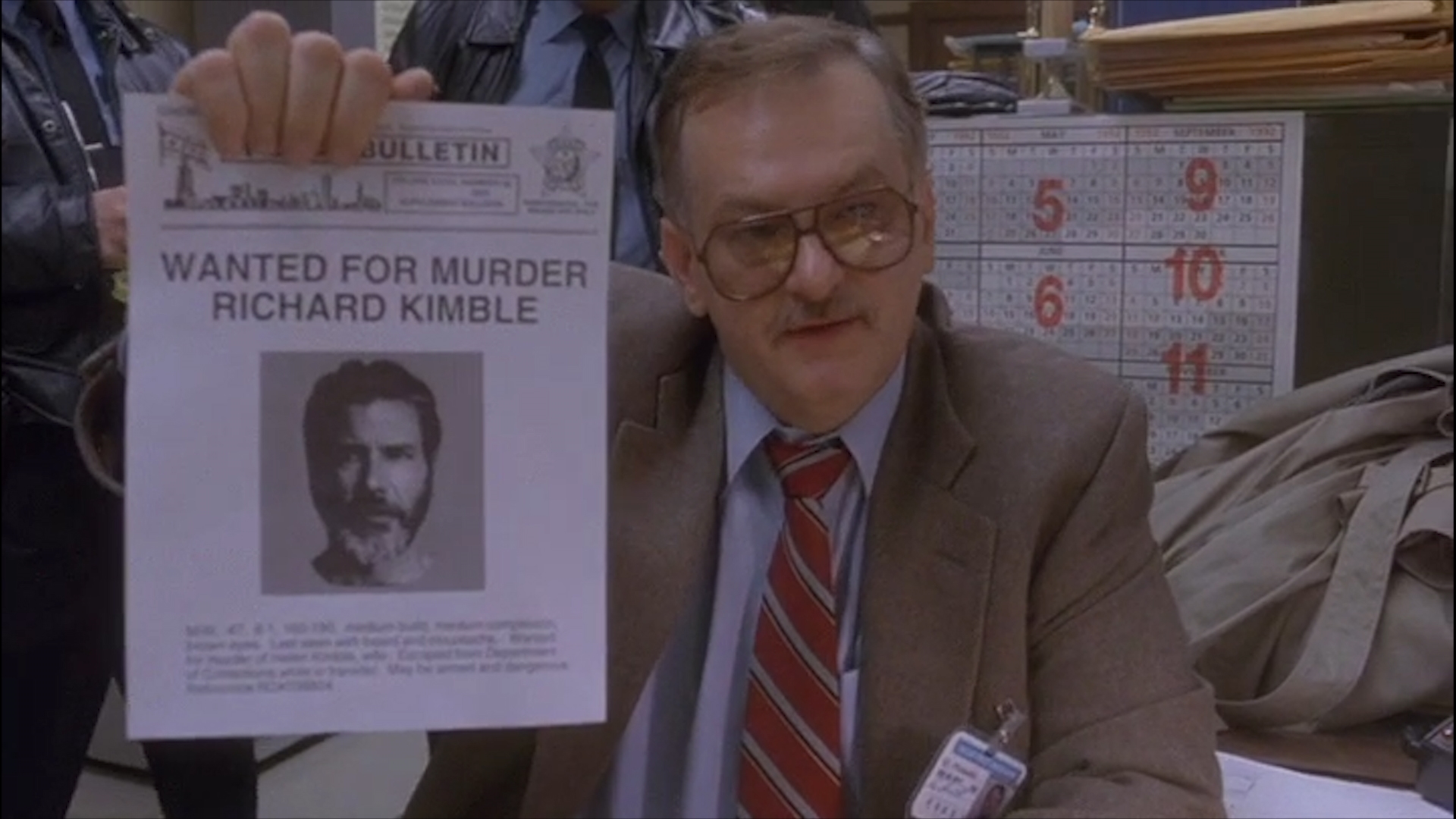 Kimble is convicted of his wife’s murder and sentenced to death. However, while on his way to prison, the bus transporting him crashes. Kimble flees the scene and sets out on a quest to find his wife’s killer.

It will not be easy, however. Kimble must stay away from family and friends in order to avoid detection. There are checkpoints everywhere as the police are desperately trying to find Kimble – and he’s even the target of a nationwide manhunt!

At the same time, a U.S. Marshal named Samuel Gerard is tasked with finding Dr. Richard Kimble and bringing him in so that justice can be served. Marshal Gerard is smart, savvy, and absolutely dedicated to finding his man.

While Kimble pursues the real killer, Marshal Gerard relentlessly pursues Kimble. Neither man is able or willing to give up this fight, although Gerard is beginning to have doubts about Kimble…and the existence of a one-armed man. Will justice eventually be served – or will the good doctor die for a crime he did not commit?

Richard Thomas played one of the most popular characters on TV, John-Boy Walton. INSP asked the man himself to give our... READ MORE