The Sequel to True Grit!

Ex-Marshal Rooster Cogburn gets a shot at redemption when he’s sent to find outlaws who stole a load of explosive nitroglycerin. Along the way, he teams up with a fiery, sharpshooting Preacher’s daughter seeking revenge for her father’s murder.

John Wayne and Katharine Hepburn light up the screen as they star together for the first—and only—time in this stirring, adventurous Western.

Rooster Cogburn has recently been stripped of his U.S. Marshal ‘s badge because of a string of routine arrests that have gone wrong and ended in bloodshed. Judge Parker of the territorial capital of Fort Smith, Arkansas claims that the one-eyed Cogburn has “gone to seed” from his excessive drinking, eating, and violence.

But Cogburn gets a chance to redeem himself after he’s hired to find the outlaws who stole a shipment of highly explosive nitroglycerin from a transporting troop of the U.S. Army cavalry.

Rooster tracks the outlaws all the way to a church mission at the remote settlement of Fort Ruby in the Indian Territory. Unfortunately, the outlaws have already come and gone—but not before they killed the missionary preacher, Reverend George Goodnight, and a number of local Indians. 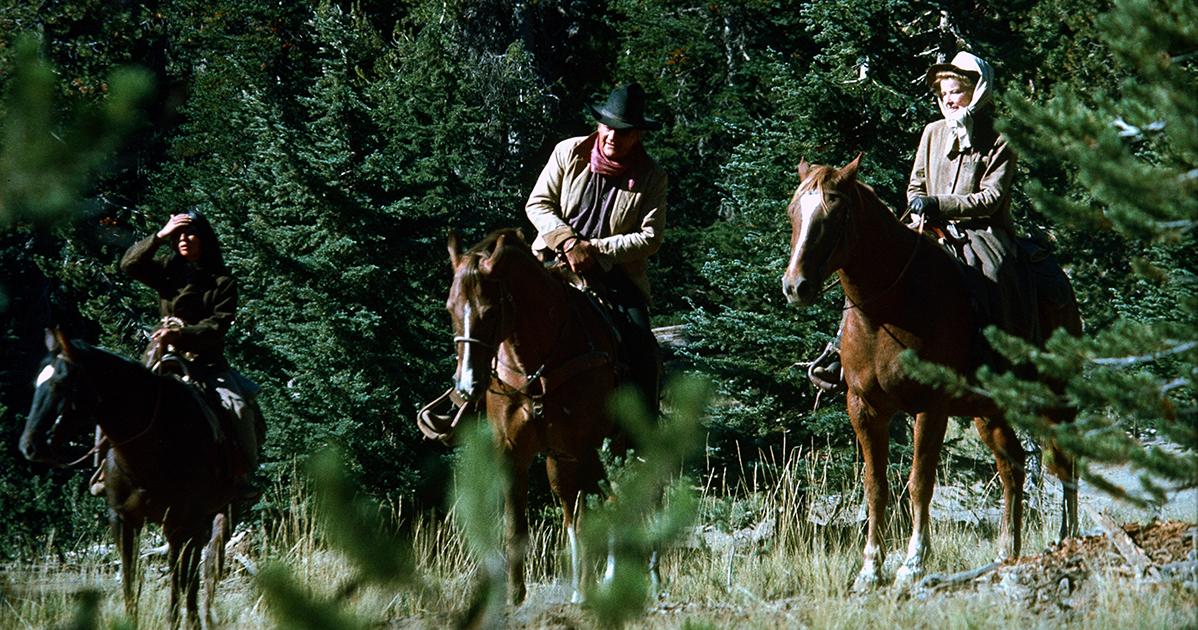 The good Reverend’s daughter, Eula Goodnight, wants to join forces with Cogburn to track the outlaws and avenge her father’s murder.

She intends to bring her student, Wolf, who seeks revenge for the death of his own father—and dreams of being the first Indian lawman and U.S. Marshal.

Rooster doesn’t want the old Spinster and the feisty Indian boy slowing him down. But much to his surprise, Eula is a mean shot and Wolf proves himself to be a loyal ally.

As they chase after the outlaws, the whiskey-guzzling Cogburn and the steely-eyed Reverend’s daughter nurture a growing respect for each other. But will that be enough to help them stop this merciless gang—and bring them to justice?

What it Takes to Build and Defend a Nation… We’re celebrating the American Spirit—the grit, the guts, the... READ MORE

INSP Remembers Those We Lost in 2016

As the year comes to a close, it’s natural to look back and reflect on the joys and sorrows we experienced along the... READ MORE