Clint Eastwood directs and stars in this mystical Western! Miners and their families are terrorized by greedy men aiming to steal their land and claims. Until a man on a pale horse comes to town….

In the tiny California town of LaHood, a group of prospectors have staked their claims and are trying to live peacefully with their families. But a local banker and his hired gun, the town marshal, plan to wreak havoc upon the miners and their families and ultimately drive them out. Once they’re gone, they intend to take over the hard-fought but abandoned claims.

After one of these men shoot the dog of a teenager named Megan Wheeler, she buries her dog and sends out a simple prayer: that God will save them all. Because if a miracle doesn’t happen soon, Megan believes they will all die. 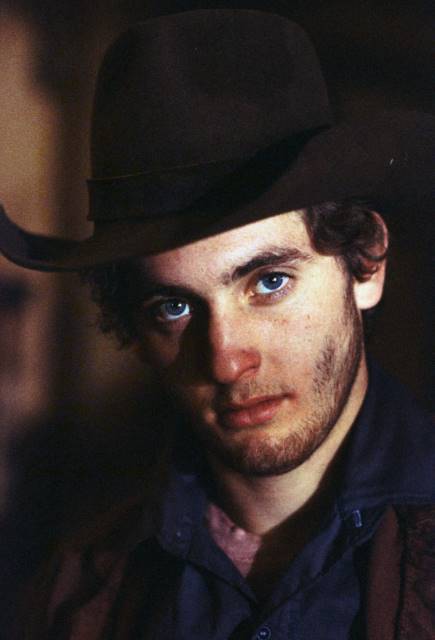 Not long after, a big man astride a tall, pale horse comes riding into town. He doesn’t say much or tell anyone his real name, but he’s able to help when trouble comes calling. As Hull Barrett heads into town for supplies, four men who work for mining baron Coy LaHood jump him and beat him with axe handles. He’s in trouble, until the stranger jumps in and helps fight them off.

Hull is so grateful that he invites the stranger to dinner at his house with him, his fiancé Sarah, and Sarah’s daughter, Megan. The pale rider agrees, and as he’s washing up for dinner, Hull notices that he has a six-bullet-hole scar in his back. And much to his surprise, when the man comes to sit at his table, he’s wearing a clerical collar, which earns him the name “Preacher.”

Megan believes that Preacher is the answer to their prayers. But the pressure begins to mount as Coy LaHood offers each of the men $1,000 to abandon their mining claims and clear out. However, Preacher steps in to rally the local miners. He implores them to take a stand, defend their land, and never give up—and he will help them in the fight.

Which is great, except for one thing: LaHood isn’t a man who accepts refusals. In fact, he intends to run them out of “his” town, whether they like it or not.

Now, their last hope is: with Preacher beside them, who can be against them?