Cowboy, Monte Walsh is at a crossroads in life. As civilization encroaches on the open spaces of the Wyoming Territory, his beloved cowboy life is becoming obsolete. But now a horrific crime forces Monte to seek some old-fashioned frontier justice.

The Wyoming Territory in 1892 is changing rapidly. Civilization is encroaching on what once was wide open land, and no one is feeling the strain more than the cowboy. With corporations buying up land, the Union Pacific Railroad changing how goods are transported, and ranchers fencing in their cattle with barbed wire, the job of the cowboy is nearly obsolete.

One of those cowboys, now at the crossroads of the past and the future is Monte Walsh, who, though getting on in years, can still ride with the best of them. When they can get work, he and his good friend Chet Rollins take whatever ranch work they can find, and live for months at a stretch out on the range, and occasionally wander into town. That’s the way they like it, both comfortable in the camaraderie of fellow cowboys, trading stories and jokes, working cows. 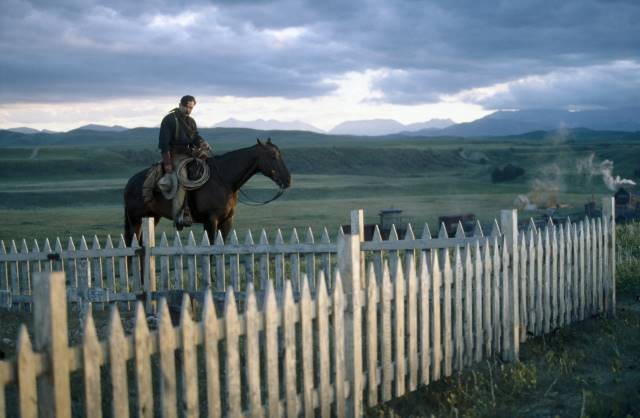 Now, they’ve found a job at Cal Brennan’s ranch where they reunite with another friend and ranch hand, Shorty Austin. But Shorty is trouble. He’s soon fired, and takes up with a cattle rustling gang. Meanwhile, jobs affording Monte and Chet the freedom of the open range are even scarcer.

When Chet falls in love with Mary Wilder, a widow who owns a hardware store, he makes a life-changing decision. He quits the cowboy life and goes to work by Mary’s side at the store.

Meanwhile, Monte is at a loss of what to do with his own life. He’s been in a longtime romantic relationship with saloon girl, Martine, whose health is going downhill due to tuberculosis. When Chet tells him their cowboy way of life is over, Monte asks Martine to marry him, and she accepts. Then he goes out and gets drunk, and rides a rogue bay horse through town, wreaking havoc on “civilization.” Rodeo owner and showman, Colonel Wilson witnesses the spectacle, and offers Monte a job as a “cowboy” in his Wild West Show, at a substantial salary. Martine is all for it, but Monte must decide between a way of life that is surely ending or living a sham of that beloved life in a road show.

Soon that decision will seem light, as Shorty returns, now fully-entrenched in the outlaw life, and when he commits a crime that hurts Monte to the core, no “civilization” will prevent Monte from seeking some good old-fashioned frontier justice.

“Monte Walsh is a simple morality story, as most great westerns are…The movie became the highest-rated basic cable movie ever to air on Friday night, and I think that people who say western movies no longer work are crazy.”
–Tom Selleck in an interview with Cowboys & Indians magazine, the November/December  2016 issue.