Host Jill Wagner travels the country on a quest to find talented craftsmen who still make incredible items by hand. Detroit, Michigan rocks again, thanks to Mark Wallace. His company reclaims wood from dilapidated, historic buildings in the city and turns them into amazing electric guitars. Down in Charleston, South Carolina, Kaminer Haislip crafts sleek, modern teapots using silver and exotic woods. Her work is exhibited in museums the world over. And in Monroe, Georgia, Eric McKenna left a desk job to follow his dream of woodworking and now bends and joins wood to create his infinity shaped bookcase. 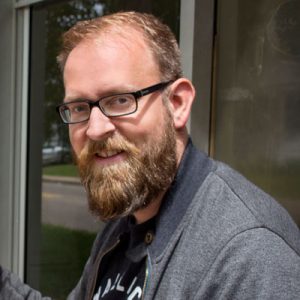 Detroit. The Motor City, known for cars and music! When Mark Wallace, CEO of the Detroit RiverFront Conservancy did a tour of a reclaimed wood warehouse in Detroit, he noticed wood reworked for a café countertop, and examining it, he realized it was about the same thickness of his electric guitar. That momentary thought sparked the idea that would later become to Detroit Wallace Guitars.

A longtime musician who plays guitar, drums, violin and fiddle, it wasn’t a huge leap to think he could build his own guitars from reclaimed wood, but his expectations for success were low. He figured he would make two guitars, and perhaps one would fall apart, and the other would work. He didn’t think beyond that, but in 2013, after seeing his prototypes, friends encouraged him to take his idea further. He applied for an $8,000 Knights Arts Challenge Grant—and won. Detroit Wallace Guitars was born.

Detroit has roughly 70,000 abandoned homes, homes that will never be inhabited again. Rather than demolish them, sending the debris to a landfill, the city deconstructs the buildings, so the salvageable portions can be reused. That is a goldmine to artisans like Mark, who look on the scarred, painted wood not as trash, but as treasure. 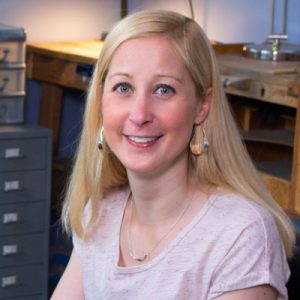 When Kaminer Haislip was growing up in Aiken, South Carolina, she spent a lot of time in her family’s hardware and appliance store. With so many intriguing items before her curious eyes, she was drawn to wonder at the shape and form of three-dimensional objects. She attributes this early experience as a direct influence on her interest in silversmithing. In high school, Kaminer began the exploration in earnest, becoming absorbed in sculpture and art jewelry.

After attending Winthrop University, earning a BFA in Jewelry and Metals, and an MFA in Silversmithing and Design, with a minor in Sculpture, and studying under renowned British silversmith, Alfred Ward, Kaminer made the move to Charleston.

Today, from her studio in the Redux Contemporary Art Center in downtown, she creates original, handcrafted designs, and often takes commissions from people who seek unique silver and gold pieces.

Over the years, Kaminer has exhibited in The Netherlands, Belgium, Germany, and across the United States, including New York and Philadelphia. Her work has appeared in a variety of magazines, such as Elle Décor, Southern Living, Charleston Magazine, Traditional Home, among others.

Her honors and awards include the Made in the South Award (Home Category) from Garden & Gun Magazine, The Eric Berg Prize for Excellence in Metal at the Philadelphia Museum of Art Craft Show, and Historic Charleston Foundation’s Samuel Gaillard Stoney Conservation Craftsmanship Award. In 2015, Kaminer collaborated with Reese Witherspoon’s southern lifestyle company, Draper James, on an exclusive silver bowl. 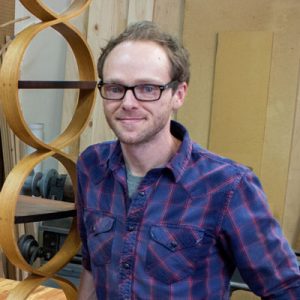 As a teenager in Lone Jack, MO, Eric McKenna would help his step-dad with woodworking, by catching the boards coming off the back end of the table saw, and stacking them, among other menial tasks. Though he was bored, he didn’t realize a seed had been planted, one that would eventually grow into a passion the craft.

Fresh out of the University of Central Missouri with a degree in Construction Management in 2003, Eric got a job in Atlanta in civil and mechanical construction. For the next 12 years he worked 50- to 60-hour weeks, and in the evenings, on weekends and in what spare time he had, he started designing and building fine furniture. At one point, he had to make a choice: continue in a stressful job that was becoming less and less rewarding, or take a chance on work that fed his creativity, and fueled his passion. It was not a decision to take lightly. He would be giving up a steady job and growing career. The choice he made would determine the course of his life.

With his wife’s support and his friends’ encouragement, he took the plunge. Today, his passion is his profession, as he creates stunning, quality pieces of furniture—from tables to chairs to light pendants, and the innovative infinity bookshelf featured on Handcrafted America.