Back To
The INSP Original Series, The Cowboy Way, Will Be Made Available Simultaneously Across Multiple Digital Platforms for the First Time

All Seven Seasons of the fan-favorite series can be seen on INSP.com, Tubi, YouTube, IMDb TV and Facebook Watch beginning on Wednesday, July 15th 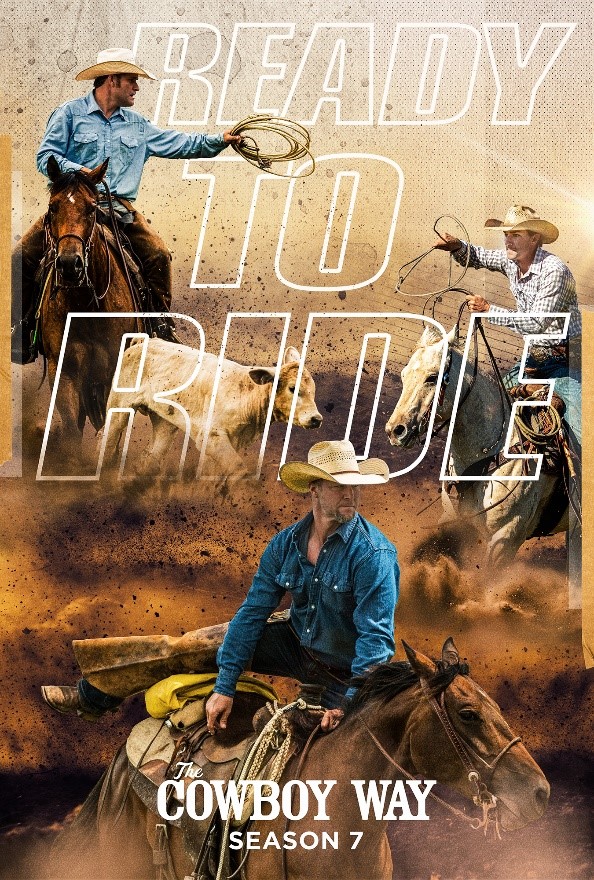 (Indian Land, SC – June 29, 2020) – General entertainment network INSP, the leader in Western and Western-adjacent programming, announced today that, beginning on Wednesday, July 15th, every season of its award-winning original series, The Cowboy Way, is being made available across multiple digital platforms. This includes the upcoming 7th season. This will be a first for the network. Doug Butts, SVP of Programming for INSP, made the announcement.

“Over the first six seasons, fans have watched Bubba, Cody and Booger honor the ‘cowboy code’ on and off the ranch,” Butts said. “Whether breaking horses, herding cattle, wrangling bulls or balancing work and family life, this authentic look inside the lifestyle of a true American cowboy continues to fascinate new and returning fans alike, making it one of the most fan-favorite series on the network.”

He continued, “The program’s many loyal viewers simply can’t get enough of the series. As soon as one season ends, we begin receiving countless requests to stay informed about the lives of these modern day cowboys, and when the next season will debut. In addition to viewers on INSP, this series has found a following among those who have discovered past episodes on various streaming platforms. In an effort to give the fans what they want, and to expose our guys to an even larger audience, we made the decision to make The Cowboy Way available digitally before the new season premieres on INSP.”

INSP’s original series, The Cowboy Way, documents the real-life adventures of three modern-day cowboys: Bubba Thompson, rancher and expert carpenter; Cody Harris, rodeo champion and cattle dealer; and Chris “Booger” Brown, expert cattleman and horse trainer, as they build their cattle business in South Alabama. They are driven by a cowboy code that is as important to them as it was to the pioneers of the Old West. This lifestyle may not be easy, but they are committed to preserving this code, and proving that it still is important today.

Every season of The Cowboy Way will be available, digitally, starting on Wednesday, July 15th.

Season 7 of the series, which is comprised of 12 episodes, will make its debut on INSP on Wednesday, July 29th at 9PM ET. The Cowboy Way is produced for INSP by Glassman Media.