The Action Drama County Line will make its television debut on INSP
on Saturday, May 5th at 8:00PM ET 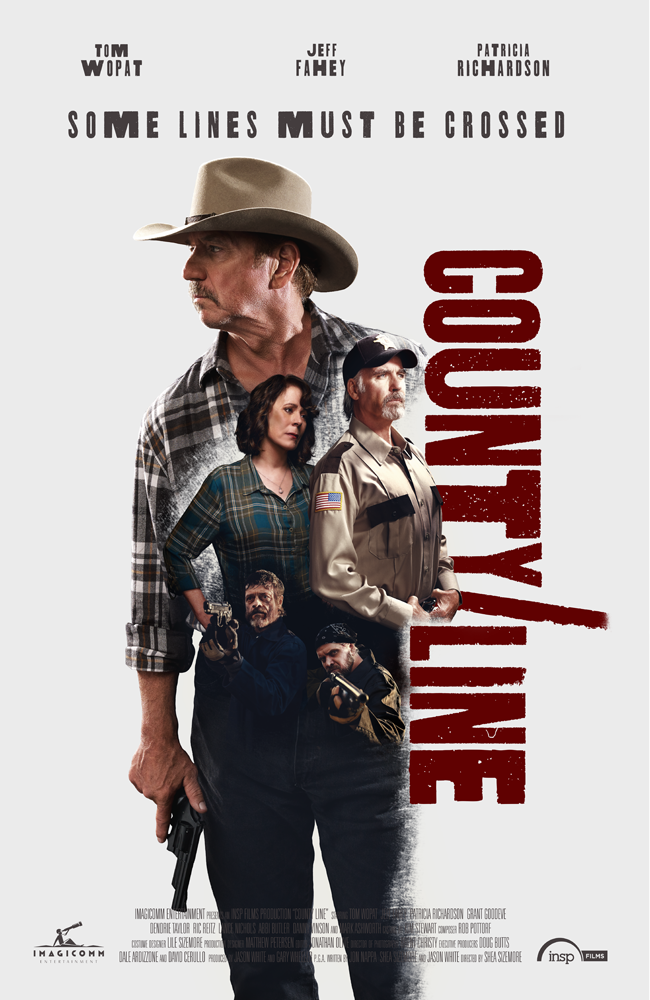 “We are excited about having the opportunity to debut County Line on INSP this spring,” said Butts.  “The loyal viewers who have come to rely on INSP to deliver classic westerns like Gunsmoke and Bonanza will really enjoy County Line, as it is a crime drama with a western feel.  It is a fast paced movie that features a veteran cast who deliver great performances.  Viewers will love the unexpected twists and surprise ending.”

County Line stars Tom Wopat (The Dukes of Hazzard, Longmire, Django Unchained) as Alden Rockwell, a former sheriff who is left with many questions and no answers when his best friend and neighboring county sheriff, Clint Thorne, played by Jeff Fahey (Texas Rising, Justified, Lost, Under the Dome), is brutally gunned down. After the investigation stalls and Alden’s replacement, Sheriff Preston (Grant Goodeve – Eight is Enough, Dynasty, Twin Peaks) turns a blind eye, Alden takes the case into his own hands.

County Line is produced by INSP Films and distributed by Imagicomm Entertainment.