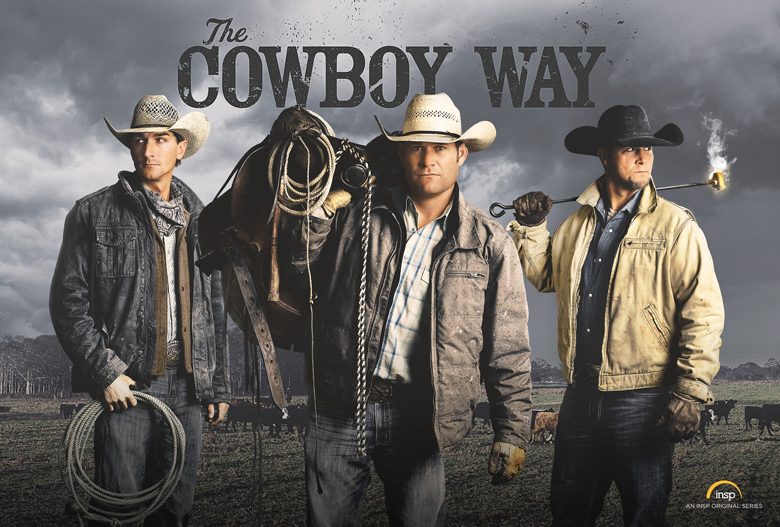 Season 4 of the Original Docuseries Will Premiere on
Sunday, August 26th at 8:00PM ET

(Indian Land, SC – July 10, 2018) – General entertainment television network INSP has announced it will move its popular original series, The Cowboy Way, from Thursdays to Sunday nights at 8:00PM ET.  The change will take place when season 4 premieres on Sunday, August 26th. The announcement was made by Doug Butts, SVP of Programming at INSP.

“Over the first three seasons our viewers have seen the challenges of modern-day cowboy life, including the pains, strains and even broken bones that are a daily occupational hazard.  They have also witnessed the three friends struggle to strike a balance between the demands of getting married and raising families with the stark realities of running a cattle business.  In season four, the three cowboys take their biggest gamble yet – an all-or-nothing deal with a wealthy rancher.  This will test Bubba, Booger and Cody in ways they could not have anticipated,” said Butts.

He continued, “It has been great to see how The Cowboy Way has been enthusiastically embraced by our loyal viewers, for whom the series has become destination viewing.  With the move to Sunday nights immediately following our ‘Saddle Up Weekends’ block, we look forward to keeping up the momentum in one of our highest rated time periods.”

INSP’s original series The Cowboy Way depicts the adventures of three modern-day cowboys. From brutally long hours and uncertain income, Bubba Thompson – rancher & carpenter; Cody Harris – rodeo champion & cattle dealer; and Chris “Booger” Brown – cattleman & horse trainer, are driven by a strong work ethic and a cowboy code as important to them as it was to the pioneers of the Old West.

Season 4 of The Cowboy Way, which is produced for INSP by Glassman Media, will premiere on Sunday, August 26th at 8:00PM ET.