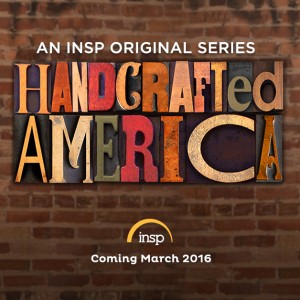 (Indian Land, SC – November 17, 2015) – INSP has ordered 13 episodes of “Handcrafted America,” an original series slated to debut on the network in Q1 2016.  Susie Films has been contracted as the production company, with Scott Galloway at the helm  The announcement was made today by Craig Miller, VP of Original Series at INSP.

“America’s passion for making things continues to be strong,” says Miller.   “Artisans from coast to coast still create handcrafted treasures. This is the focal point of the series.  From glass blowing to ornate clock making to blacksmithing, Handcrafted America entertains and informs – not in a dry, academic way, but with adventure, spirited discovery, fun and authenticity.”

The series is scheduled to premiere on INSP in March 2016.