Many critics and viewers alike consider Shane to be one of the greatest Westerns ever produced, with its stunning, panoramic cinematography, thrilling action, taut intensity and heart-wrenching tenderness.

Many critics and viewers alike consider Shane to be one of the greatest Westerns ever produced, with its stunning, panoramic cinematography, thrilling action, taut intensity and heart-wrenching tenderness. 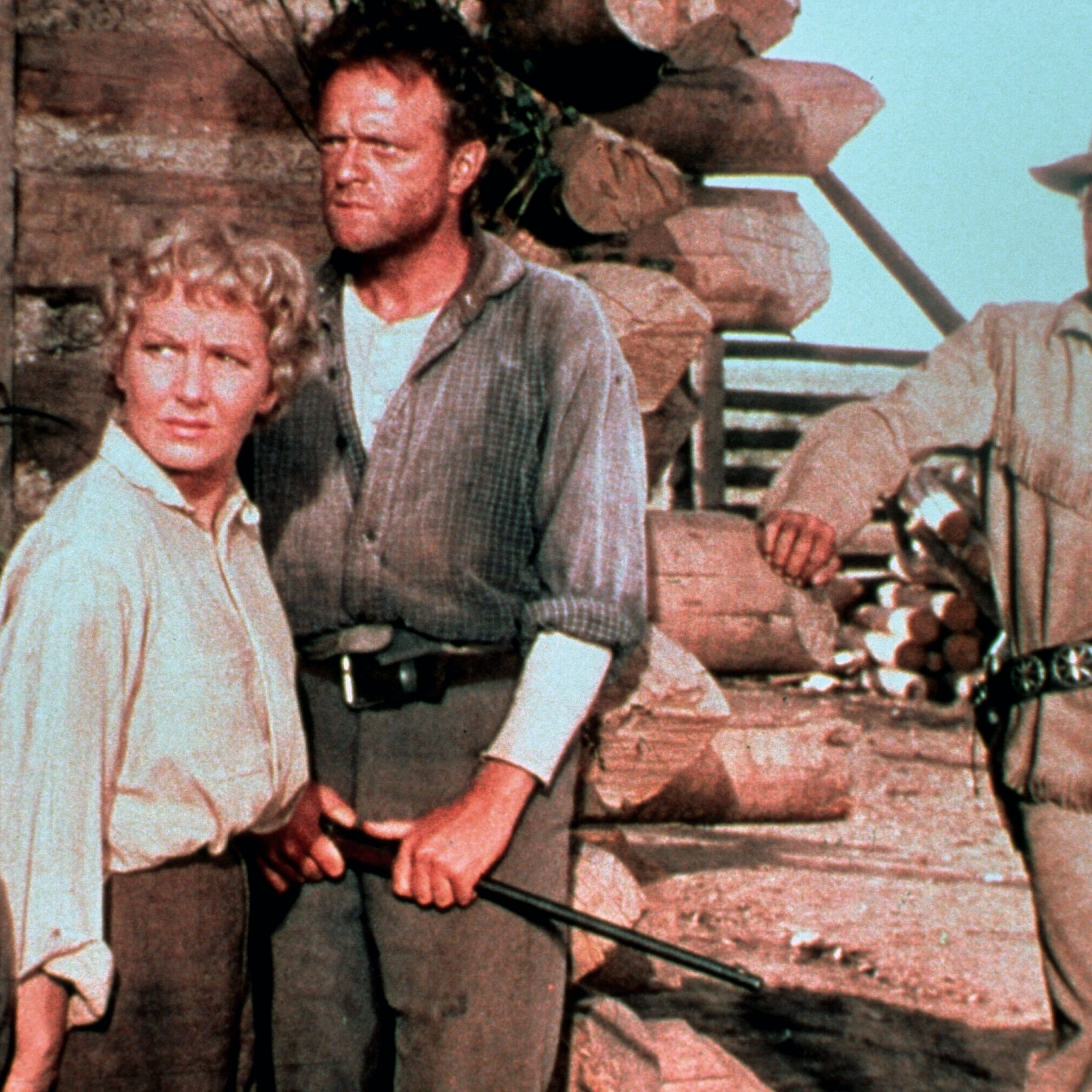 Young Joey Starrett is playing outside on his parents’ homestead in Wyoming just after the Civil War, when a stranger, clad in buckskin, rides up to the house. The boy is mesmerized by the man’s appearance, strong and mysterious. The man introduces himself to Joey’s father, Joe, as Shane, and tells him he’s heading home, up north. When Joey walks up to the two, and cocks the rifle he’s carrying, Shane pulls his gun on him with lightning speed, and Joe immediately knows this is no ordinary traveler. A little unnerved, Joe asks Shane to leave.

Just then ruthless cattle baron, Rufus Ryker rides up with his cohorts. Rufus accuses Joe of squatting on his land, land he needs to graze cattle. He threatens Joe, demanding that he and his family leave their homestead, but Joe claims he has a right, granted by the government, to live there, and refuses. When Rufus’s men start intimidating Joe, Shane steps in beside him, and they back off, but Rufus isn’t finished with Joe.

Having seen the entire encounter from inside the house, Marion, Joe’s wife convinces Joe to invite Shane for dinner. Soon Shane is living with the Starrett’s, helping with chores and becoming a friend and mentor to young Joey, who idolizes him. Shane puts his guns away, and begins his new life as a ranch hand.

But even as they all get to know each other, Shane is still reluctant to talk about his past, a past he’s apparently running away from, a past that just might not let him go. Because now, as many of Joe’s fellow homesteaders succumb to Rufus’s escalating violence against them, and sabotage of their properties, Joe remains steadfast in defending his land. And when Rufus hires notorious Cheyenne gunfighter, Jack Wilson, ordering him to do anything to defeat Joe, Shane comes face to face with the past he desperately wants to leave behind.