Treasure hunter, Dirk Pitt, discovers that the key to uncovering the mystery behind a Civil War ironclad’s disappearance lies in helping WHO doctor, Eva Rojas, find the source of a rare disease.

At the end of the Civil War, the ironclad warship, CSS Texas, disappeared without a trace. Modern-day treasure hunter and diver for NUMA (National Underwater and Marine Agency), Dirk Pitt, is convinced the Texas crossed the ocean and shipwrecked in an African river. As to why, is a mystery that he desperately wants to uncover.

When Dirk and his team, led by Admiral Sandecker, come to Africa to resurface the lost sarcophagus of King Bateen, Dirk gets his hands on a rare coin that the captain of the Texas was last known to have. The startling evidence is enough to convince Admiral Sandecker to let Dirk, and his sidekick, Al Giordino, take his boat to Mali for three days to find the ironclad warship. 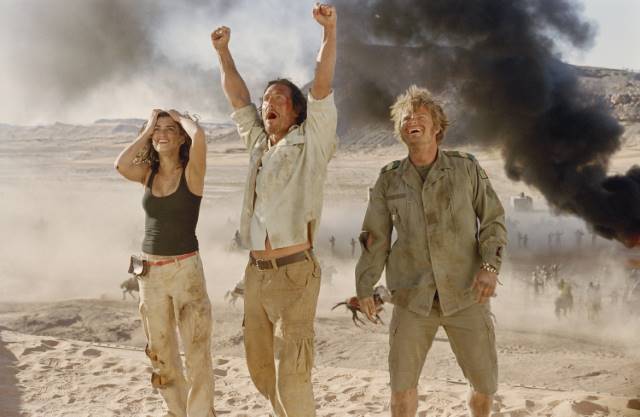 Tagging along for the ride is Eva Rojas, a doctor from WHO (World Health Organization), that Dirk saved from a group of men. Eva thinks Mali is the source of a deadly disease that’s plaguing civilians. Without the WHO’s backing or permission, Dirk is her only chance to investigate, despite the danger it brings. Mali is in an ongoing civil war between the Tuareg people and warlord, General Zateb Kazim.

When they arrive in Mali, Eva heads off to locate the source, and Dirk and Al begin looking for the Texas. An attack from Kazim’s soldiers who demand Eva’s whereabouts put their search for the ship on hold, and Dirk and Al race to find Eva to warn her of the danger.

Kazim’s militia reaches Eva first, but Dirk and Al fight off the men and escape with her. Eva was able to obtain a sample of contaminated water, and after analyzing it, she learns that there is no treatment for the disease.

Now they carry on their shoulders the burden of possibly hundreds of innocent people getting sick and dying. As they race against the clock to stop the source, they make an astonishing discovery. The source of the sickness and the location of the shipwrecked Texas just might be connected—and their journey has just begun.

Exclusive Interview! Linda Evans Lights Up Facebook! The ever dazzling, ever charming, ever poised Linda Evans, who... READ MORE

Adulting Tips for Kids of All Ages In the Old West young’uns grew up fast. In our world of cell phones and smart... READ MORE