Jane Withersteen, a widowed pioneer, refuses to marry a deacon – and soon faces the community’s wrath as they try to steal her land. Now, her only ally may be a newly arrived—and mysterious—stranger.

Real life husband and wife Ed Harris and Amy Madigan star in this soaring tale of a widowed pioneer battling dark-hearted men that threaten to take her land…until a mysterious stranger proves to be her greatest ally. True to the beloved Zane Gray novel, it is based upon and filmed in rugged Utah, this movie features a solid cast, sweeping landscapes, gorgeous cinematography, and an unforgettable soundtrack.

Young widow Jane Withersteen finds herself alone on the frontier, struggling to keep her ranch going. Although Jane is plucky and independent, her community believes that what she really needs is a man to help her tend her land. When she boldly refuses to marry a deacon, the local clergymen turn on her…and begin threatening to steal her land out from under her. 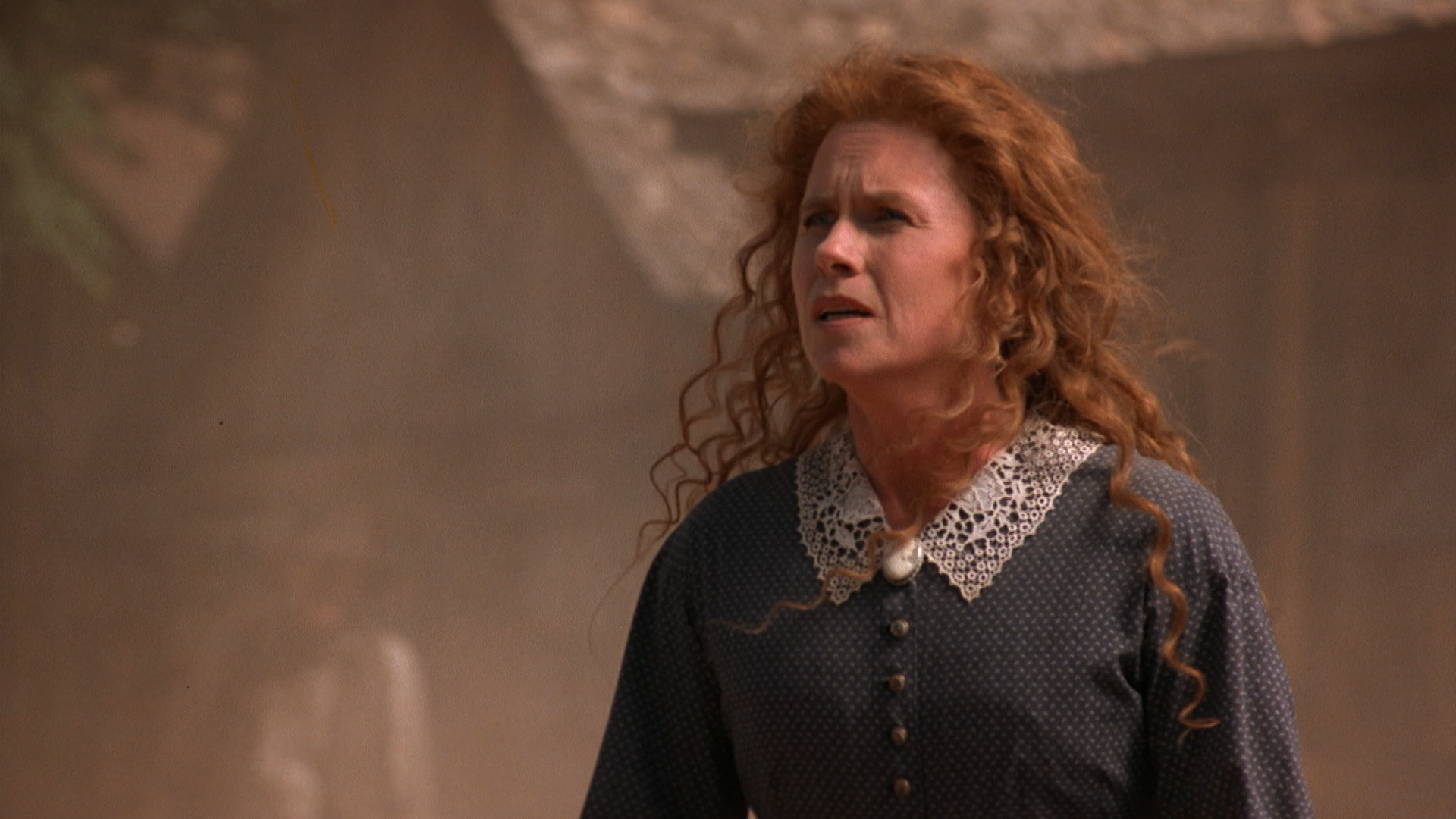 Just as the situation begins to look dire, a mysterious stranger named Jim Lassiter rides into town. He’s a gunslinger with reasons of his own for being here – reasons he has yet to share. Jane doesn’t know much about him, but she thinks he may be the only one who can help her keep her home and ranch from being stolen.

As for Jim, he rides from town to town searching for the man who drove his sister to commit suicide. When he saw local thugs harassing Jane, he felt compelled to step in and save her. While he does it out of a strong sense of compassion, he soon begins to suspect that a member of this community may be the man he’s been searching for.

As this desperate rancher and itinerant gunslinger join forces, they are about to help each other in ways that neither of them can begin to imagine…