When his wife and many others are taken hostage by terrorists during a Christmas party in a Los Angeles skyscraper, an off-duty NYPD officer must save them all.

Bruce Willis, Alan Rickman, and Bonnie Bedelia star in this action-packed thriller about a gang of very determined German terrorists…and one cop who must outwit them all.

NYPD cop John McClane is on a Christmas vacation in Los Angeles, hoping to spend time with his estranged wife, Holly, and two daughters. It’s Christmas Eve, and he’s about to go to a party at his wife’s office on the 30th floor of the Nakatomi Building.

After getting a ride from an airport limousine driver named Argyle, John arrives at the party and ducks out to change his clothes. Everyone is feeling merry…until a gang of twelve terrorists – led by mastermind Hans Gruber – brings the holiday revelry to a violent end. 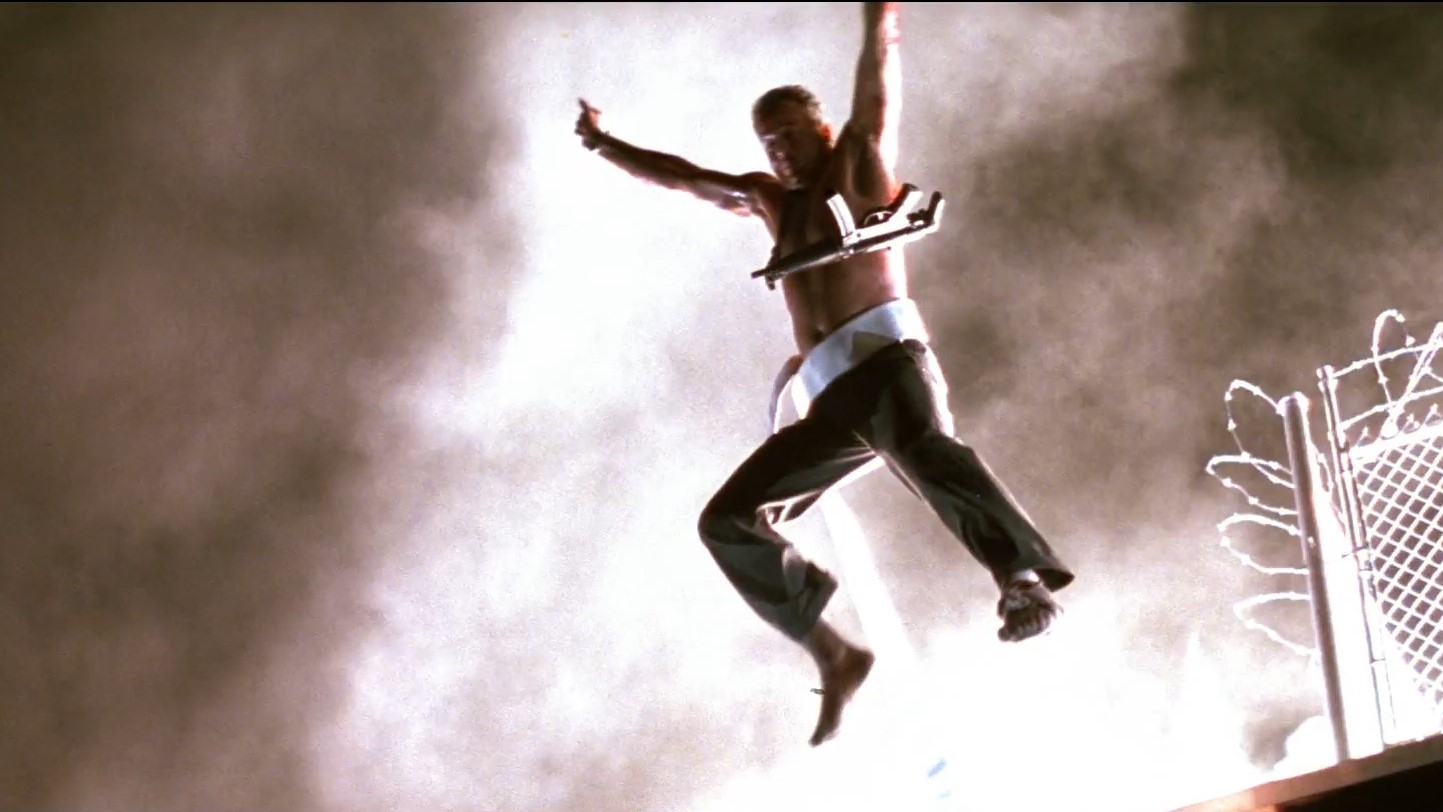 The team seizes the tower and secures the premises, taking everyone hostage – except for John McClane, who slips away, and Argyle, who is trapped in the garage.

Gruber reveals his true plan: to steal over $640,000,000 worth of bonds from the building’s vault. But first, he must get Nakatomi executive Joseph Takagi to give him the code. When Takagi refuses to help, Gruber executes him. McClane sees it all before escaping – and inadvertently alerting them to his presence.

As McClane tries to stay out of sight, he finds and uses C-4 explosives and detonators, a machine gun and a radio, even an office chair and an elevator shaft in order to pick off members of Gruber’s team. It may be 12 against 1, but McClane will do his best to even the odds.

The race is on. Will Gruber and his goons kill all of the hostages – including McClane and Holly – before the authorities even arrive? Or is this lone cop the only thing standing between the hostages and a very un-merry ending?

The episode that burns brightest in his mind: “The Mountain of the Sun,” in which Dolores Hart plays a missionary... READ MORE

From the American Frontier to the Final Frontier…

As the iconic show, Star Trek celebrates its 50th Anniversary, we celebrate the stars who started their journey to the... READ MORE