Loretta Web Is just 13 years old when Doolittle (“Doo”) Lynn walks into her life. The pair start dating even though Loretta’s parents do not approve. Doo and Loretta want to get married, but Pa will only agree if Doo promises him two things: not to hit his little girl, and not to take her far from home.

In short order, the couple is married and Doo has broken his first promise: he slaps Loretta. Frustrated by her uppity ways, terrible cooking, and bad housekeeping, Doo kicks her out and she returns to her parents’ home. It isn’t long before they realize that Loretta is pregnant! 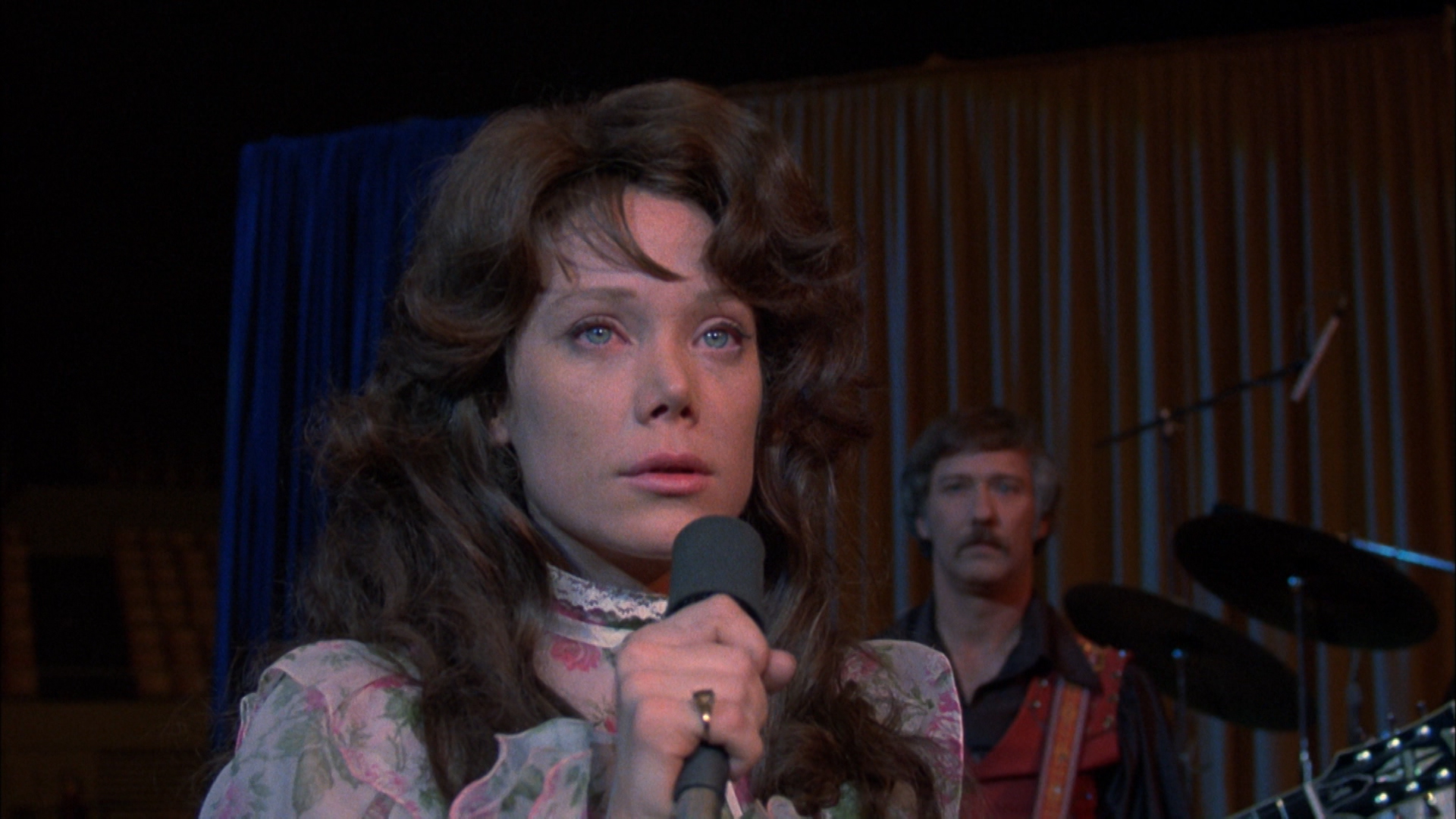 Now, Doo breaks the second promise: he takes a job as a logger in Washington. When Loretta reminds him that he promised her Daddy never to take her far from home, he tells her that she’ll have to chose which is more important: being her Daddy’s daughter or his wife. Months later, he sends her enough money to join him in Washington, and she leaves Butcher Holler.

By the time Loretta is 17, she has four kids and has become a good wife and homemaker. She likes to sing the kids to sleep, and that gets Doo to thinking. When she asks for a wedding ring for their anniversary, he gets her a guitar instead.

Soon, she’s gotten so good that Doo proposes going to the honky tonks, where he finally gets Loretta to audition. Although she is terrified at first, Loretta eventually relaxes and begins to enjoy singing on stage.

Once Loretta realizes that she wants to be a singer, she’s still not sure if she has what it takes to make it. But Doo will stop at nothing to get her all the way to the Grand Ole Opry and beyond…