Outlaw brothers, Mace and Dee Bishop, and their gang, take a woman hostage, and head for the border with the sheriff’s posse hot on their tail! But once in Mexico, the outlaws and lawmen face a common enemy—the bandoleros! 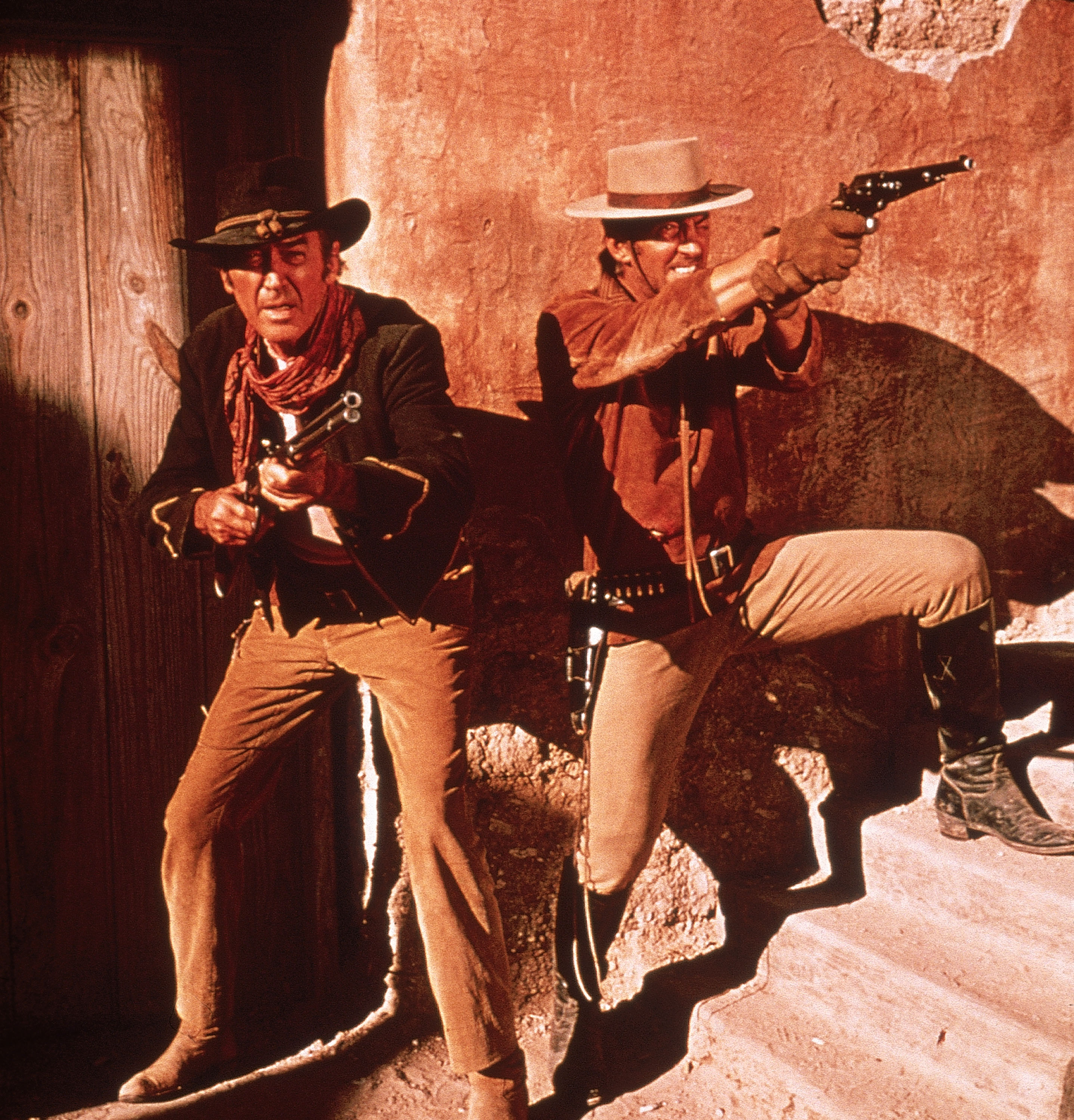 In 1867, Val Verde, Texas, outlaw Dee Bishop and his gang are sentenced to death by hanging for an attempted bank robbery, during which, the husband of town resident, Maria Stoner was killed.

Sheriff July Johnson is taking no chances on carrying out this death sentence. He wants it done right, so he sends for a professional executioner. Before the hangman gets to town, Mace Bishop, Dee’s brother, overhears him boasting about his next job—the execution of Dee in Val Verde.

Back on the road, Mace jumps the hangman, forces him to give up his clothes, and Mace shows up at the execution site, posing as the executioner. When the time comes to hang Dee, he frees him and the gang, instead. As Dee and his men make their getaway with the posse hot on their trail, Mace finishes the job his brother started. He robs the bank!

Now, the Bishop brothers are reunited and on the run, headed toward the Mexican border, when they come across Maria Stoner traveling by covered wagon. A fight ensues, and Dee takes the beautiful widow hostage. If Sheriff Johnson didn’t have reason enough to track down the outlaws, the Bishop boys taking Maria to Mexico put him over the edge, as he’s always been in love with her.

Dee, Mace, Maria and the gang cross Mexico with the sheriff and his posse still in hot pursuit, but once they cross the border, instead of freedom, the Bishops face another problem—and a deadly one. The bandoleros, Mexican gangs avowed to killing all foreigners. Now, Dee, Mace and their outlaw crew must join forces with Sheriff Johnson and his posse if they want any chance of survival.

In February 1968, my family – dad, mom, and us three kids – visited Tucson, Arizona for the first time. February... READ MORE