Our Black and White Friday marathon is here with iconic Westerns and TV shows to enjoy all day long! Saddle up for such classics as Rio Grande, Gunsmoke, Angel and the Badman, The Rifleman, Wagon Train and more. 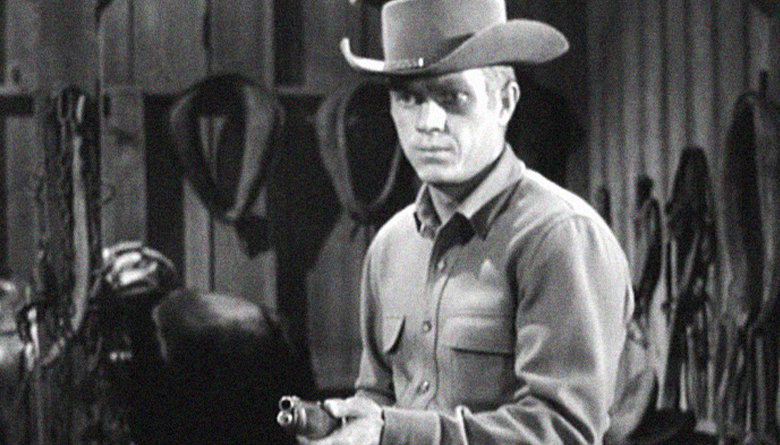 After Marshal Wilcox is killed by Carl Martin, Carl and his brother Andy escape. Bounty hunter Josh Randall is falsely accused. He pursues the murderous brothers.

The Twain Shall Meet

Arthur Pierce Madison, a Boston journalist, wants to shadow Josh during a manhunt in order to write an exclusive story on bounty hunting. 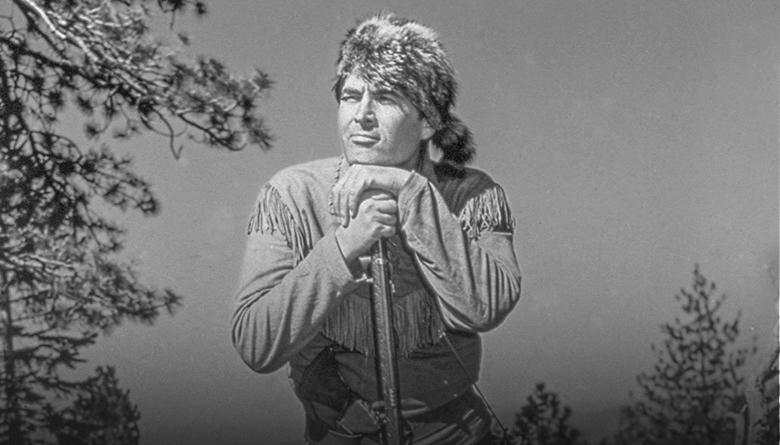 The first episode of the series! George Washington sends Daniel Boone and Yadkin into Indian territory to find a site for a fort. While scouting, they befriend a Cherokee named Mingo. Meanwhile, the British are trying to win the Indians over to their side.

There are fears that the British are employing Indians to fight on their behalf. It gets personal for Daniel Boone as he must track down a band of Senecas, led by a Loyalist, who kidnapped Rebecca and ransacked their cabin. 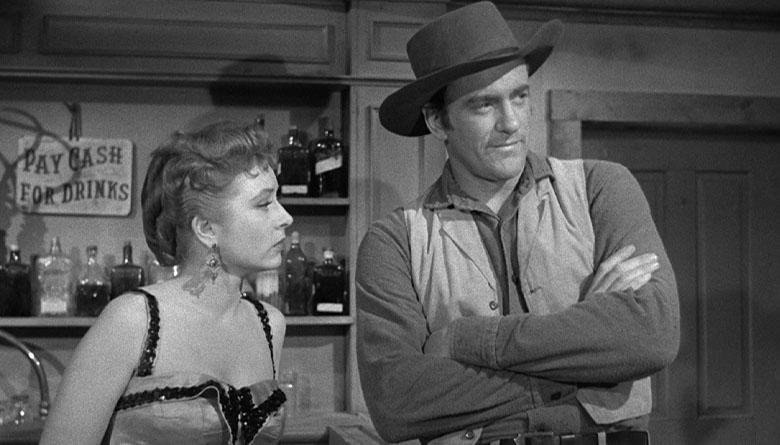 Hattie Kelly hires two men to kill her husband and then sell his ranch for the money. However, young Yorky Kelly sees his dad being abducted by the men as they ride off with him. He finds Matt Dillon and asks him for his help.

Matt Dillon gets caught in a dangerous blizzard and takes refuge in a cabin. However, he finds that two bank robbers are hiding out there with a woman hostage they took after killing her father.

Nat and Polly are planning to get married. But Polly’s brother learns that Nat visited another woman and believes that Nat has dishonored Polly. After Nat is shot on his wedding day, Matt Dillon investigates. 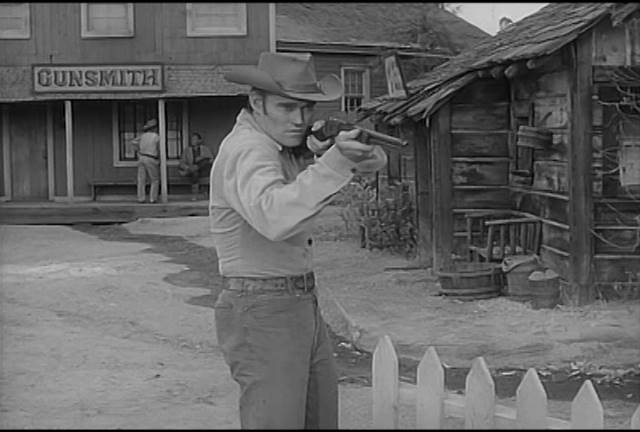 The townspeople of North Fork begin to get suspicious when Lucas is named as the beneficiary in the will of an infamous outlaw.

Day of The Hunter

A famous old frontiersman, with a reputation as the best rifleman around, challenges Luke to see who’s really the best with a rifle.

A “mail‐order husband” arrives in North Fork, and finds not only a bride, but also harassment from two local troublemakers. 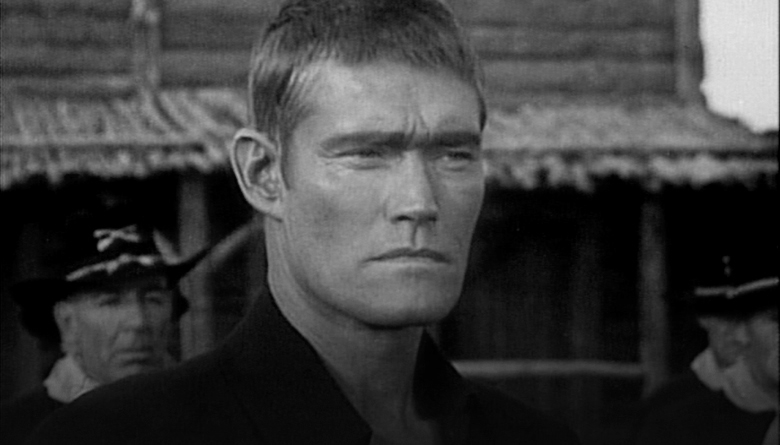 While traveling through the desert, Jason McCord meets a man who is on foot after his horse perishes. Fearing not seeing his family again, the man steals McCord’s horse and water and leaves him for dead.

A New York newspaper reporter tries to find out why Jason McCord was thrown out of the Calvary. To get the story, he finds Mrs. Pritchett, whose husband, Lt. John Pritchett, was killed at Bitter Creek.

Price of a Name

Lucy Benson hires Jason McCord to help her with her expanding ranch. However, when Jason begins his new job, a group of men are waiting on him to rough him up. 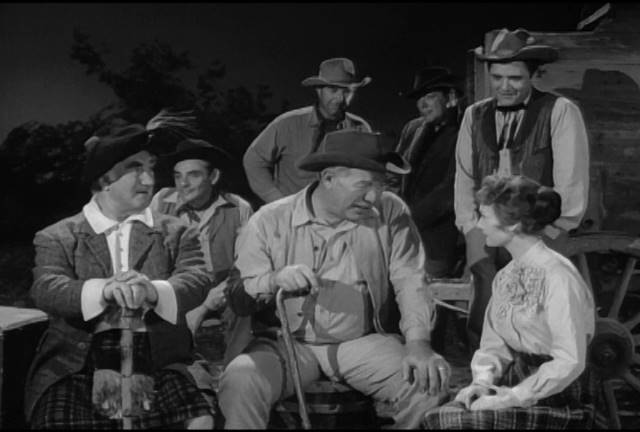 Bill Hawks is forced to kill a horse thief who draws on him. When Bill learns the thief is a war hero who was already declared dead years ago in a payroll robbery, he knows the town sheriff is hiding something.

When Hawks learns an Indian friend from the Civil War needs help, he arrives to find that his friend has been hanged and the local town officials are drilling a well on his friend’s property. 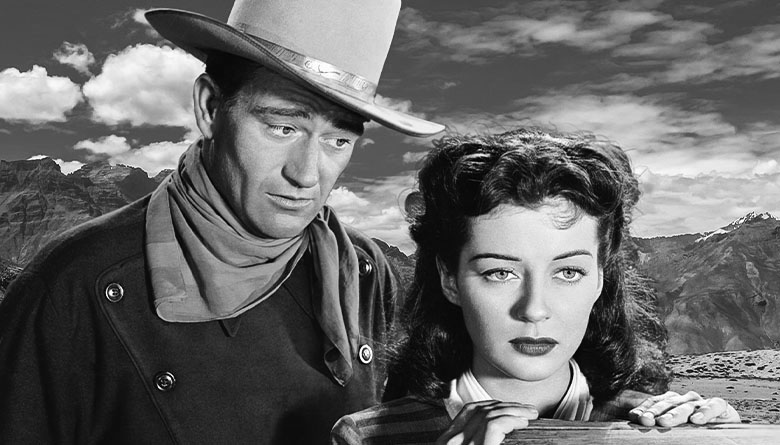 When a gunslinger with a bad disposition is nursed back to health and desired by a Quaker girl, he finds himself having to choose between his lawless life or the peaceful world of his newfound love.

Pat Swarner is harassing Miss Kitty in the Long Branch Saloon. Matt Dillon hits Swarner and makes him leave. Swarner promises to get Kitty, but is later found dead. A drunk named Jud claims Matt did it.

Matt Dillon and Chester ride up to a cabin on fire. A young girl named Charity is orphaned after her stepfather dies in the flames. Now Matt Dillon must try to find her a home. However, Charity wants to stay with Matt. 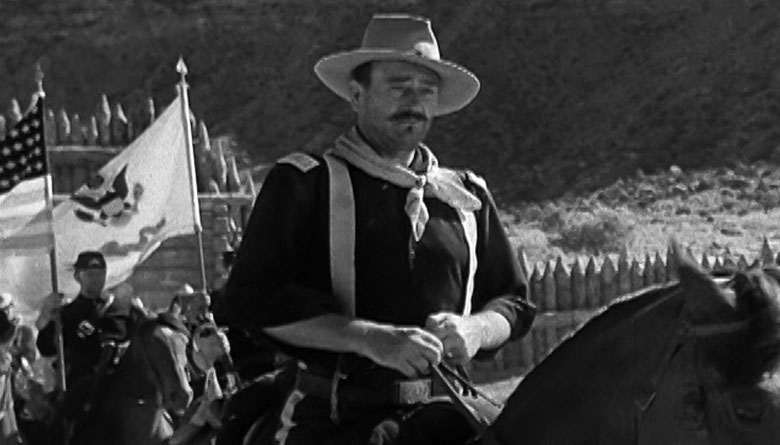 While riding back to Dodge City, Matt Dillon and Chester meet a man with two horses who isn’t very friendly. They later become suspicious when they see him spending money freely in town.

Andy Spangler finds the body of Will Gibbs and he suspects Ben Tiple of murdering him. Matt Dillon is reluctant to arrest Tiple since he is a good friend and Tiple denies murdering the man.

A land agent arrives in Dodge City and tries to con a group of immigrants by promising them railroad land outside of the city. Matt Dillon gets suspicious and rides out to see what is going on.

Shell Tucker’s wife becomes deathly ill. Tucker’s son, Rufe Tucker, sends for Doc Adams. When Doc is unable to save Tucker’s wife, Matt Dillon is concerned because Tucker doesn’t like doctors and he could take her death out on Doc.

Jack Fitch, a farmer who is down on his luck, robs a stagecoach and kidnaps Laura Church, who happens to be engaged to someone else. Laura and Jack unexpectantly fall in love, but Laura’s fiancé is determined to kill Jack.

After two troublemakers shoot and kill Poney Thompson’s dog, Poney goes after them. When Matt Dillon and Chester discover one of the men dead, they arrest Poney on murder charges. But claustrophobic Poney escapes – and now, Matt and Chester are out to find him….

Partners Rod Allison and Jim Box work on Jesse Wheat’s ranch. When Box murders Wheat, Allison, who is in love with Wheat’s young widow, Anna, learns that Box plans to steal and sell off Wheat’s cattle.