There has never been, before or since, a teaming of leading men to compare with Paul Newman and Robert Redford. Their image as a duo is so indelible that it’s hard to believe that two of the most handsome, dynamic, talented stars in Hollywood only made two movies together—1969’s Butch Cassidy and The Sundance Kid, and 1973’s The Sting. Newman is gone now, and Redford is retired, but along with the films, they leave a history of friendship, pranks, and stories behind.

What is generally overlooked is that there was a third musketeer who brought them together, and that the trio did their very best work together. That missing piece was the director of both films, George Roy Hill. He’d served as a pilot in World War II as well as Korea, attaining the rank of Major. He earned a B.A. in literature from Dublin’s Trinity College. He’d been a stage actor, leading to an impressive career directing live TV in the 1950s. 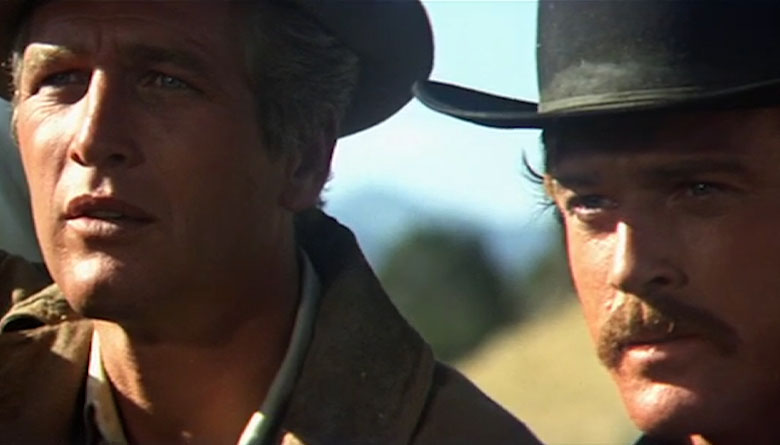 When they made Butch Cassidy, Newman had been a top leading man for over a decade. Just his movies that began with “H”—Hud, Harper, Hombre, The Hustler—were a major career in and of themselves. Redford, on the other hand, was best-known as Jane Fonda’s husband in Neil Simon’s Barefoot in the Park. He was considered a talented light comedian.

College professor-turned-novelist-turned-screenwriter William Goldman’s Butch Cassidy script reached Hill’s hands at the optimum moment: after the disastrous flop of Hawaii, he’d had his first hit with the musical comedy Thoroughly Modern Millie. The Sundance Kid and Butch Cassidy, as it was then known, came with two stars attached: Paul Newman as the menacing, violent Kid; and Steve McQueen as likable, good-natured Butch.

Robert Crawford, who’d produce eight movies for Hill, including The Sting, remembers when Hill met with Newman, and told him, “‘You’re not right for the Kid. You should be playing Butch.’ And Paul says, ‘But this is kind of comedy, and you’ve seen me: I don’t do comedy very well.’ [Hill] said, ‘No, this is a tragedy, and you’ll be terrific as Butch.’” McQueen responded, “That’s great, but I don’t want to play Sundance.”

Redford had already read the script but, he told an interviewer, “I was told almost straightaway that as right as it was for me, that I was a long shot because they want a star.” Newman said back in the ‘90s, “It was in my memory that it was Joanne [Woodward, Newman’s wife] who suggested Redford.”

Whoever first thought of him, Redford recalls, “I was aware that there were a lot of people fighting for me… Paul and the writer, and George in particular: George is the one that went to the mat for me. He said, ‘Look, it’s my movie. I’m the director.’ And…they just kept beating him up and he beat them up, and they kept forcing him to look at other actors, and they ran out of other actors.” 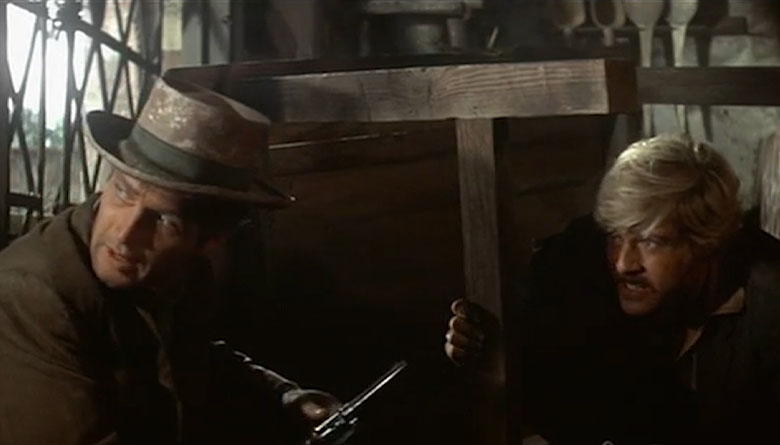 In the ‘The Making of Butch Cassidy’ film that Crawford directed, Hill explains the Newman and Redford magic. “Most actors can sometimes be a terrible pain in the ass, where they’re jealous of each other. But on this one, even though they didn’t know each other before they started, Bob and Paul consciously established a relationship that was excellent. It included Redford having to laugh at all of Newman’s God-awful jokes. And Newman had to put up with Redford showing up anywhere from 10 to 15 minutes late all the time. But to have that kind of relationship off-screen is important because it’ll show up on-screen as well.”

Crawford remembers when they were doing a shot of Sundance jumping onto a moving train, “and Redford wanted to do it. George said he can’t do it. He’d put the whole production at risk. And Redford was going on about the reality of it. And George said, ‘You just have such an ego about your athletic prowess. I bet there’s something I can do that would put you in your place. We’ll have a fencing match!’”

George was no master swordsman and had no intention of fencing with Redford. On the appointed day, he put a stone in his boot, so that by the time of the match, he’d be limping. All the crew was waiting to see the duel, when ‘disabled’ George said, “How about if I get one of these guys to stand in for me? Crawford here could beat you in fencing.” Amazed, Redford agreed, having no inkling that ‘the kid shooting the documentary’ had been trained with an epee by Ralph Faulkner, the Hollywood swordsman who’d taught Errol Flynn.

“We got suited up, and the moment I went en garde, Redford howled, ‘Ringer!’ I got the first touch, but he was lefthanded, and he’s a scrapper. By the time the score was four all, George walked away, and thank God, I was able to hit [Redford] in a convincing enough way that they let me win.” Newman had bet a hundred dollars on Redford, and when he paid off George the next day, he did it in pesos, “which were something like a hundred to the dollar. So, he dropped the bag of 60 pounds of pesos” at George’s feet.

Sometimes a gag can be so good that it doesn’t even have to come off to be legendary; the planning is enough. George was terribly proud of his 1940 Wako biplane, and as the shoot was approaching the Labor Day weekend, Redford said, “even though you can go in a straight line, the way the bird flies, the way I drive, I know I can beat that hundred-mile-an-hour airplane.” They decided to race from St. George, Utah to Provo. Then Paul decided to join in, “and Newman had a souped-up Volkswagen with a Porsche engine.” But his real plan was to drive to the airport, “and he’d have a DC-3 (cargo plane) come in and pick him and his car up and deliver ’em to the airport in Provo.” They plotted for a couple of weeks, but finally cooler heads prevailed. 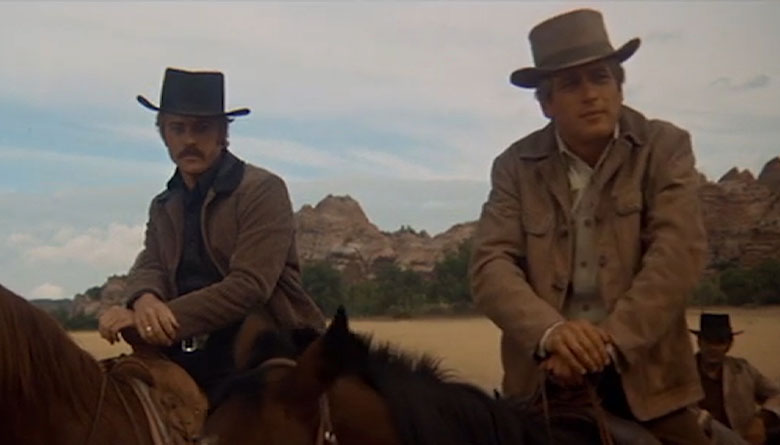 George was all set to direct Redford in The Great Waldo Pepper, when script problems caused long delays, and The Sting’s brilliant David S. Ward screenplay fell into their laps. But could they put it together? Crawford recalls, “When Paul heard about it, he said, ‘Well, isn’t there a part in there I can play?’ ‘Yeah, but it’s a secondary character, not the starring role.’ He said, ‘Let me see the script.’ He read it and said, ‘I’d play Gondorf in a minute.’”

The Sting was the last time Newman and Redford would share the screen. As Redford remarked, back when Newman was still alive, “I guess we’re both as surprised as anybody else, why that hasn’t happened considering Hollywood’s penchant for doing sequels. But we were interested in working together in another picture.”

Although they would never work on-screen together again, the three were in touch, at least monthly, as long as Paul Newman and George Roy Hill lived. As Redford concluded, looking back on Butch Cassidy, “That has to be probably the most fun on any film I’ve done.”