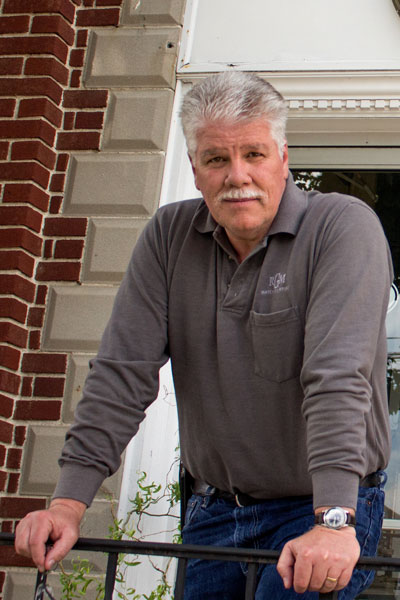 While still in high school, Roland G. Murphy worked part time for a clock company in their cabinetmaking wood shop. But rather than working in wood, he was drawn to the timepieces themselves. In the early 1980s, he attended the Bowman Technical School in Lancaster, PA and six years later was accepted into the prestigious WOSTEP, The Watchmakers of Switzerland Training and Educational Program.

After graduation, Roland returned to Lancaster and took a job in product development at the Hamilton Watch Company, eventually rising through the ranks to become Technical Manager. In 1992, he struck out on his own, founding RGM Watch Company, but this was not to be an ordinary repair and restore shop. Roland had big dreams, some would say, impossible dreams.

In a 2012 article in Watch Time magazine, Roland says, “To really be a watch company, you need to make your own watch,” says Murphy. “Otherwise, you’re a casing company.”

To design and create the movement that makes a watch work requires detail, precision, artistry, patience, passion—and specific equipment, not to mention, a manufacturing plant willing to produce just a few sets of parts for prototypes. The odds were against him, and even more so when his contacts in Switzerland refused to sell him what he needed or made it cost prohibited.

Enter American ingenuity! Roland convinced a micro-manufacturer to work with him. When he needed a particular machine, a friend adapted an existing piece of equipment to get Roland the exact results he needed.

Today, Roland takes the time-honored traditions he learned in his youth and as a young man abroad, and makes history with every classic-style, American-made watch that comes out of RGM. Each watch is stamped with the company insignia, U.S.A, and a reference to Pennsylvania.

Designing and making a watch that did not exist is a great creative outlet, I find to be the most enjoyable part of my work.

There’s great satisfaction, and sense of accomplishment when you work with your hands. It fulfills an inner desire that most of us have.

Many things mass produced are done so to meet a price point, quality is not what’s important in most cases.  With handmade items quality is usually much higher, and they are made to last.