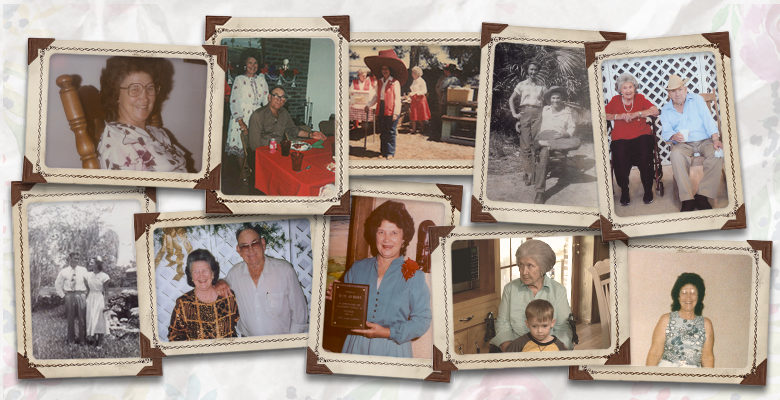 From the debut of The Cowboy Way,  INSP viewers were captivated by the adventures and antics of Alabama working cowboys Bubba, Booger and Cody. But another, perhaps unexpected, star has emerged on this hit show—Booger’s Grandma.

From her dating advice to Booger, that included online dating, to the day she presented him with a pillow for his upcoming wedding, crafted from a shirt that belonged to his beloved grandfather, Neal, Grandma has touched viewers’ hearts. On Facebook, they send her greetings from across the country, they “love” her, call her “the best,” “precious,” “sweet,” “special,” they want to exchange recipes, and many times, they reminisce about their own grandmas. One poignant comment read: “I hope my grandkids love me as much as Booger loves you.” They say she makes them smile, and indeed, she does.

We had the opportunity to chat via telephone with Grandma (yes, she likes to be called “Grandma.”), and she is charming, giving, funny and endearing. When told she gets many compliments on her hairstyle, she laughs in a humble, almost shy way.

We covered a wide range of topics, so let’s continue our Q&A started with love, romance, family and fun… 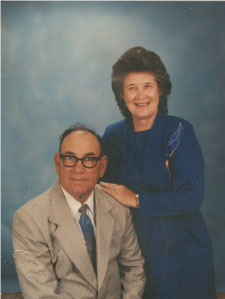 INSP: Do you believe in “love at first sight?”

Grandma: Yes, I do. I guess that’s the way my husband and I were.

What do you think is the perfect first date, when you were a girl and now?

Back then there wasn’t much to do. We usually went to the movies and he always asked my dad if he could carry me out. Back in those days, it was a lot more permission for everything. Today, kids just go.

Now, I don’t know what kids [do], I guess movies or to a dance. Now they don’t have to ask permission like they did in my day.

How did you meet your future husband, how did you know he was the one you wanted to spend your life with?

Back when we were dating, there was not a lot of social activity…[Neal] had heard there were three girls at Deep Lake Florida and he wanted to meet them. Well, when he met us, I guess I was the one he picked. He, at the time, did not have a car. He would ride down on the train. He told my granddaughter, that was the best quarter he’d ever spent, was that train ride to Deep Lake. 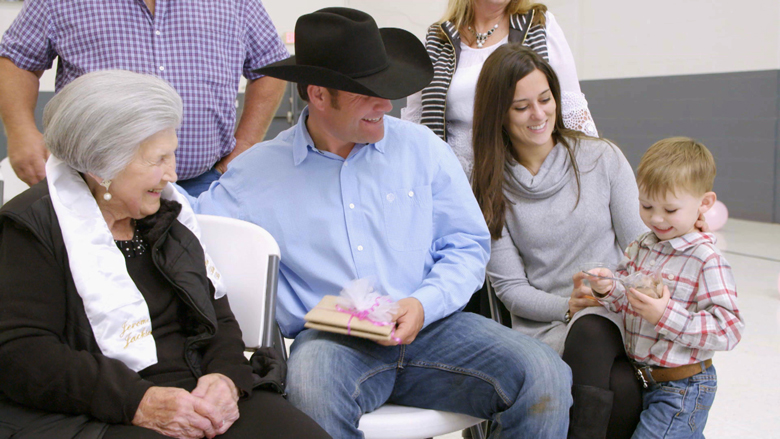 What’s your favorite family holiday and why?

I think Christmas because we all get together, and you know, we have a big meal. The kids play. When I was young, that was one thing my parents wanted for me to bring my kids home, and whenever I got to be the one that was older, I wanted my kids to bring the kids home for Christmas, and all get together. To me it’s a good time for family fellowship, Christmas is. It’s my favorite time.

In the mornings about four o’clock, my husband would get up and he would say, ‘Ho! Ho! Ho!’ Of course, all the kids got up to go to see Santa Claus, but of course, Santa Claus had already disappeared. Then everybody went back to bed, but me. I had to cook! Booger loved everything. He was the little clown in our family.

What’s the funniest thing Booger ever did as a kid?

He did so many funny things! He is a clown! We lived on the ranch and there…were four houses (Booger’s family, his grandmother on his mother’s side, Grandma’s mother and Grandma)…In the afternoons, when it was getting close to suppertime, he’d start his rounds, out to see what everybody was having for supper. Then when he got around to everybody, he’d pick the one he wanted. It was his little thing he did.

Joanne: We had all went camping and [Booger] was about four-years-old. He had on his little boots and his cowboy hat. He was always the star; everybody loved him. I loved to fish, and he wanted to go with me so we were walking down this dike. There was a canal on one side. I went out there, and I caught this fish, and I was reeling him in, and I said, ‘Booger, he’s so big I can’t get him!’ Because he had really had the rod bent double. He said, ‘Get ‘im, JoJo, get ‘im!’ I said, ‘I’m trying.’

When I got him pulled in, I had him hooked in the butt. It wasn’t in the mouth it was coming sideways. I said, ‘Oh my gosh! I got him hooked in the ass!’ I said, ‘I got the bass hooked by the ass!’ Of course, that stuck in his little mind. We were going back and I said, ‘Boog, don’t say that in camp. Don’t say that to your mom or daddy,’ I said, ‘JoJo get in trouble.’ Well, he went running back in camp, ‘Hey! JoJo caught a bass right by the ass!’ And everybody in the camp just fell over laughing.

What do you do for fun?

I don’t do much of anything for fun because I really can’t get around too good anymore. But I tell you what, the funnest thing I’ve had in a long time was when they gave me my 85th birthday party. 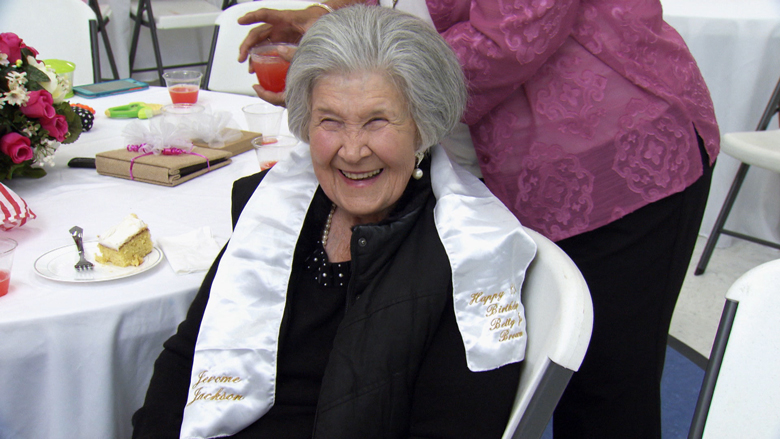 They gave me a party and I really enjoyed it. It was a surprise. I didn’t realize they were going to do that. They had an Elvis impersonator there, and he was so good. They told me I was going to a gospel sing, my kids did. And when I got there, I saw the production crew there, and I thought, I wonder what they’re doing here. I said, maybe they like gospel! They’re such a good bunch of people, that did that production. Anyway, then I saw food, and I said, hmmm, I never knew a gospel sing had food before. I walked in the door, and I saw a lot of my family from Florida there, and everybody said, ‘Surprise! Happy birthday!’ I was shocked. They fooled me a good one there.